Moving between countries is a big deal, we do it with excitement, fear, and hope and we make promises to ourselves about how our lives will change – if we didn’t we wouldn’t do it, what would be the point?

It’s now just over a year since I come home to Pembrokeshire, leaving behind the sun and the olive trees and the watercolour hills of Turkey. It seems appropriate that now should be the time to reflect, which promises to myself did I keep and which did I break? Turns out it was about 50% success rate (note to self – aims to do better).

The promises I kept:- 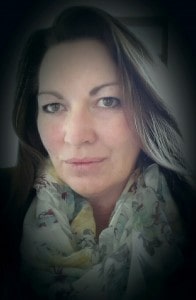 Write a novel – for years I’ve written non fiction, it put food on the table when the recession was biting and it kept my fizzy brain engaged during the inevitable tumble into dreamy laziness that life in a tiny Turkish village can induce. But fiction was always my dream, stories and the freedom to play with words and draw images in prose (purple, always bloody purple!).

I lost most of the first year of my return to Wales to unfortunate circumstances and so it wasn’t until Boxing Day 2014 that I finally sat down at my computer and wrote the first ten thousand words of a story that had been wandering around in my head, poking in dark corners and making a nuisance of itself.

Being a newbie to fiction I wasn’t sure I could write it and so I did what any sensible (ha) grownup does in these circumstances, I got a professional opinion, and that opinion lead by strange circumstances to Broo Doherty, literary agent at DHH Literary Agency and she signed me up, which was a good thing.

I’m a writer, I work to deadlines, I produce the goods, if I have a good enough reason (money works). If Broo hadn’t signed me I would probably have faffed around with that novel in a self indulgent way for a few decades. Because she signed me I produced a full manuscript in six weeks. Funny old thing motivation, love me and I’ll move the world for you.

I am delighted to have been signed by Broo, she’s a partner in DHH Literary Agency, a company that really loves writers and tomorrow they go to The London Book Fair and throw all their enthusiasm at selling their authors works worldwide.

DHH love books so much they even have their own bookshop, the much admired Goldsboro Books that specialises in signed first editions, both vintage and contemporary. Go look at their website, its booky heaven and it will fulfil all gift buying problems for decades to come – https://www.goldsborobooks.com/

Being signed by an agency now means I’m back on a team, which for me is the biggest thing. Writing is a lonely business at any time and writing a novel is a long and lonely business, fraught with uncertainty and indecision. I’m lucky enough to have someone working with me almost from the start of the process, someone stable and steady and keen eyed and experienced who actually cares because she has seen something worth fighting for in what I write and that alone is enough to make me work my arse off! 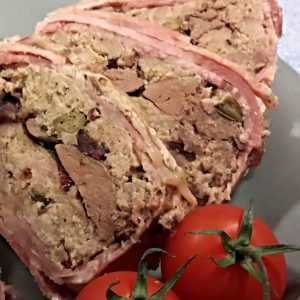 Stick to cooking seasonal and from scratch – Seven years in Turkey teaches you a lot about food; cooking seasonally, making as much as you can of what you have, never wasting stuff. I was determined to keep to that ethos when I came home and it was surprisingly easy because I found I couldn’t stomach processed food and I couldn’t cope with shopping large supermarkets (too much choice, not enough ingredients) and so we have managed to keep to making everything from scratch.

Apart from the fact that ready meals and quick foods tasted disgusting at worst and of nothing at best the cost of them was outrageous and I couldn’t bring myself to pay for yuck stuff even if I wanted to.

Even the dogs still eat home made food (chicken livers in a soup of pasta and vegetables and they still love it).

The cat doesn’t! But that’s cats for you. She sneers at chicken livers and insists on something crunchy with additives. Oh well, can’t win them all.

Have a holiday – okay my life looks like I haven’t done a stroke of proper work in ten years and have been permanently on holiday but I haven’t, honest, it just looks like that. I hadn’t actually had a holiday since, uh thinks, 2002. I just lived in weird places that looked holiday like. 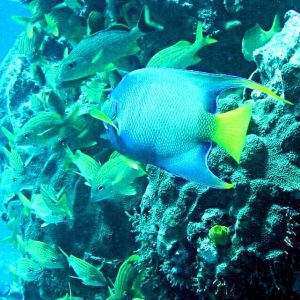 Holiday means – no research, no thinking about buying bits of other countries, no considering of interesting commercial opportunities. Holiday means – just going to a place and enjoying it, eating out, relaxing, diving, and photographing, absolutely not, never, ever, not even for a second looking at real estate.

We managed it! We went to Mexico, back to Isla Mujeres, which made it easier because I’d already owned a bit of it and it’s easier to not do the same thing again than to be tempted by the new. We swam, played with a lot of fish, dived, ate amazing food and just chilled (eek, was so weird!).

We’re going to try again soon, to have another holiday, in Belize this time, this may well fail on the real estate front but we’ll try hard and distract ourselves with the diving.

Which brings us to the failures, the promises I totally broke.

Diving in Pembrokeshire – I had every intention of diving here, the coast is amazing, the water temperature isn’t really a problem (for a few weeks of the year!), there are sunlit shallows where boring divers like me who enjoy the just below can find fascinating things but we just didn’t get round to it. True most of my diving kit was in Turkey until October when Nick went and picked it up but I do think I could have tried harder. Maybe this year.

Exploring Pembrokeshire – I bought a national trust membership, hell I even bought a Volvo to go with it (compulsory), I managed a few days out when we had visitors, but in the whole, I failed. I didn’t explore further, I didn’t find new places, and I didn’t digitalise the faded childhood memories of distant coves and hidden villages. I have excuses but that’s not the point, I have got to get out more, this county is beautiful beyond and I am not giving it its due by enjoying it to the max. I feel guilty, I will do better.

Being social – oh we had plans; when we came home we would take evening classes, take up sporting activities, join clubs, actually go out and meet and talk to actual people. Failed, failed, failed (slumps).

I did manage to attend a blogging conference in November and I went to London for a day course on publishing in January and managed to make one new friend (waves to Catherine xxx) and I have joined an online writers group that is full of lovely people but I still could have done better. In the virtual world I’m fine and I love my online friends but I should try and get out to meet real people. I guess living in the middle of nowhere doesn’t help, we don’t have book clubs or writers groups or anything I’m interested in really. Again, must try harder, at a bit of loss as to how (still slumping).

That’s too depressing a note to end on…..it has been a hell of a year, we actually did a lot and what I see as failures are maybe as a direct result of the successes. Being a natural born optimist I have to end this (as usual, too long) blog by saying I am amazing grateful and happy for the things that have worked, getting an agent is massive, writing a whole novel is massive, keeping to a lifestyle I think is important is massive and there is much happy hard work to look forward to in the coming year.

On a side note, whilst off writing the novel the hit counter on this site went over 300,000 which is a truly amazing number. It’s funny to think that the little site my late husband and I set up all those years ago is still here, still clicking up the hits and has now reached this amazing number. Thank you so much for visiting! Karen xxxxxx