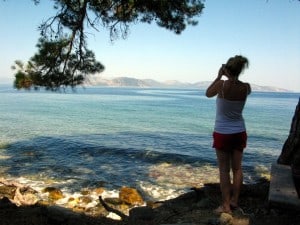 This is our summer in Kirazli; now the long days of Ramadan are done the village wakes up again and starts to enjoy the dog days of summer and the starry nights of August.

We have a flurry of weddings in coming weeks; the neighbour’s daughter is getting married today. The village ladies spent all yesterday afternoon wrapping thousands of dolma in the shade of the courtyard and then the cauldrons were dragged out onto the streets and tended late into the night boiling rice and chickpeas and gallons of tomato sauce. There is a sound system the size of a Volkswagon parked in the square being fussed over by men who haven’t got a clue and at eleven o’clock last night someone hit the wrong button and Gangnam Style blasted out and stunned every low flying bat within a mile.

Down in the valley the saturated restaurant market is energetically vying for the custom of the well heeled tourists looking to escape the crowded coast. We now have at least eight village restaurants and it looks like Hamdi Bey is expanding his koftesi in the village centre on the back of the universal approval of his super spicy kofte. I was diving with a Major from the Turkish army a few months ago and he asked me where I lived, I told him Kirazli, “Ah” he said, “The breakfast place!”

Our favourite village restaurant remains Seyfi Dayi Yer Sofrasi where the welcome is the warmest in the valley, the food is amazing, the dappled shade of the verdant courtyard makes a cool and pleasant place to eat away a few hours and as an added bonus any guests you have can coo over the newly hatched chicks in the back and take a tour of the extensive restaurant kitchen garden with the friendly owner.

If we venture out of the village it is just to go in the sea. We avoid Kusadasi if at all possible! The Dilek Millipark over at Guzelcamli will always provide a quiet cove or two to get away from the madding crowds for a picnic under the pine trees and the bright water with its invigorating swirls of cool fresh water from the undersea springs is endlessly fascinating. Out in the deeper water off Pamucak, where we scuba dive, the undersea gardens of weed like flowers and sponges like sculpture glow in the sunlit waters and bright fish throw up photo opportunities at every fin turn.

Back home in the village we spend the high heat of the afternoon hours watching old films, chatting in the shade to guests and waiting for the short sharp burst of colour at sunset, the rise of Jupiter and the welcome cool of night. It’s August so we are waiting for the Perseid meteor shower, summer’s highlight. A guest told me yesterday that they are called The Tears of San Lorenzo in Spain as they coincide with the feast of St Lorenzo, so all across the Med people are watching the skies, enjoying the summer nights and waiting for the meteors.

This is our summer in pictures; it’s not wild, it’s not crazy, it does not contain selfies of feet and sea (cringe, did that last year, although admittedly in wet suit boots!), and at no point will the words “Another day in paradise” be used, because paradise is, honestly, highly subjective and we’re probably a bit too scruffy, a bit too tumbledown, a bit too quiet and a bit too real to be paradise. We are a nice place to be though 🙂 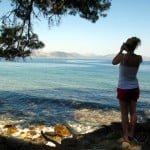 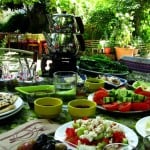 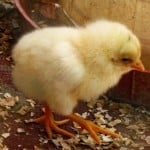 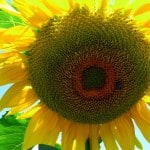 Sunflower on the roadside 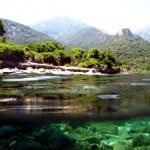 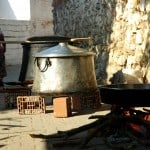 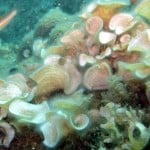 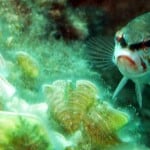 Lurking in the weed – Grumpy Fish 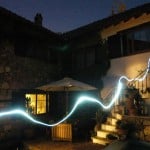 Waiting for meteor shows and playing with light