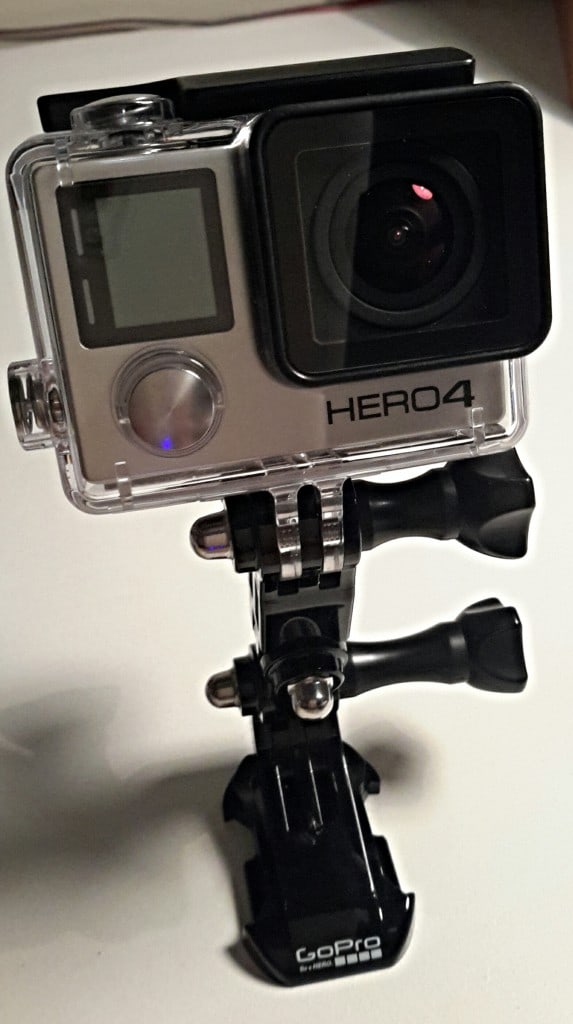 It was a coincidence that I landed myself with two, totally new to me, need to learn how to use them, bits of technology, within the space of a month.

One was the Thermomix, a high end food processor that you see used on Masterchef a lot and the other was a GoPro Hero4 video camera, a tiny and robust high definition camera often used for filming high adrenaline sports from the participant’s perspective.

The Thermomix was something I had wanted for a long time, the GoPro was a recent desire brought about by wanting to include video in my photography and being totally rubbish at it.

When I returned to the UK I had intended to buy a Thermomix, mainly because I was restarting my UK kitchen from scratch after an extended break and if you are going to cough up for a machine that replaces ten different appliances it makes sense to buy it before you fall victim to crowding your work surfaces with said appliances.

A Thermomix will grind; it turns whole spices into powder, it grinds parmesan (even the rinds!) and it turns rice into rice flour and sugar into icing sugar. It blends, chops and weighs things. It will also mix cakes, knead dough faultlessly and emulsify sauces like hollandaise and mayonnaise, it will whisk, it will control heat things so you can temper chocolate and activate yeast, it will cook whole meals and it will steam things.

Thermomix can only be bought direct from the company that designs and makes them and you buy from personal demonstrators, you don’t just go to a shop and buy it. It is, without putting too fine a point on it, flipping expensive and you really need to know how your cooking life can benefit from it before you buy one.

Whilst the new version that I have has a built in recipe book and idiot proof functions to guide you through the recipes step by step to get the best from it you do need to learn how to use it and you do need to change the way you think about cooking, particularly if you are a “make it up as you go along” cook. It is quite hard to go from being an incredibly hands on cook who can see when a cake batter is ready to pour and can smell when a curry has the right balance of spices to being distanced from the food by it being inside a stainless steel jug.

But you learn and you waste a few things but the things you waste are made up for by the things it gets right. In these early days I have tended to underestimate it’s power, (this machine is seriously powerful) so I have turned coleslaw into mush and over mixed macaron mixture but the ease with which it has produced hollandaise (which I rarely make because of the resulting tantrum when it splits) and the fast and faultless yeast dough it produces and the smooth sorbets and ice creams it makes and the ease with which it produces a mid week risotto supper is making me persevere.

It encourages me to cook things that I am often too lazy to do, like pavlova (using up the egg whites when the yolks went into the hollandaise!), cinnamon swirls and anything that needs loads of chopping – me and sharp knives is always a game of Russian roulette, there will eventually be blood.

Fortunately there are loads of YouTube videos and blogs on Thermomix and Australia particularly has a very active recipe forum, so I am learning how to use it and I’ll report back on how it goes.

I had seen a few GoPro cameras over the years, strapped to various appendages on visiting divers, but I hadn’t paid much attention to them because I was mainly concentrating on my own diving and my own still photography and also because I didn’t see the resultant footage as the divers took them home with them!

It was whilst I was exercising my boot fetish in County Sports in Haverfordwest a few months ago that I saw a display of these small, sturdy cameras and all the different ways you could mount and use them and I became intrigued, mainly by the high definition of the shots and the “take it anywhere” design of the camera.

After researching the cameras I decided that it I was ever going to do anything with video this was the camera that could help me, particularly for the diving footage I want to do and the high definition, very vivid, scenic shots I like.

So one day late in September I popped in for a chat with Chris Locke who uses a GoPro himself and who knows loads about them. He told me they didn’t have any in stock because a new one, the GoPro Hero4, was about to be brought out. I asked to see one as soon as they were available and he said he would call me as soon as they came in.

I, in my ignorance, had no idea how popular these things are or how big a breakthrough the new version was going to be. People sell their soul to get their hands on these things and because County Sports actually do what they promise I got a Hero4 on the day it was released, which apparently makes me very lucky and the GoPro community very disappointed because I now have to learn how to use it and am not producing stunning footage straight out of the box. 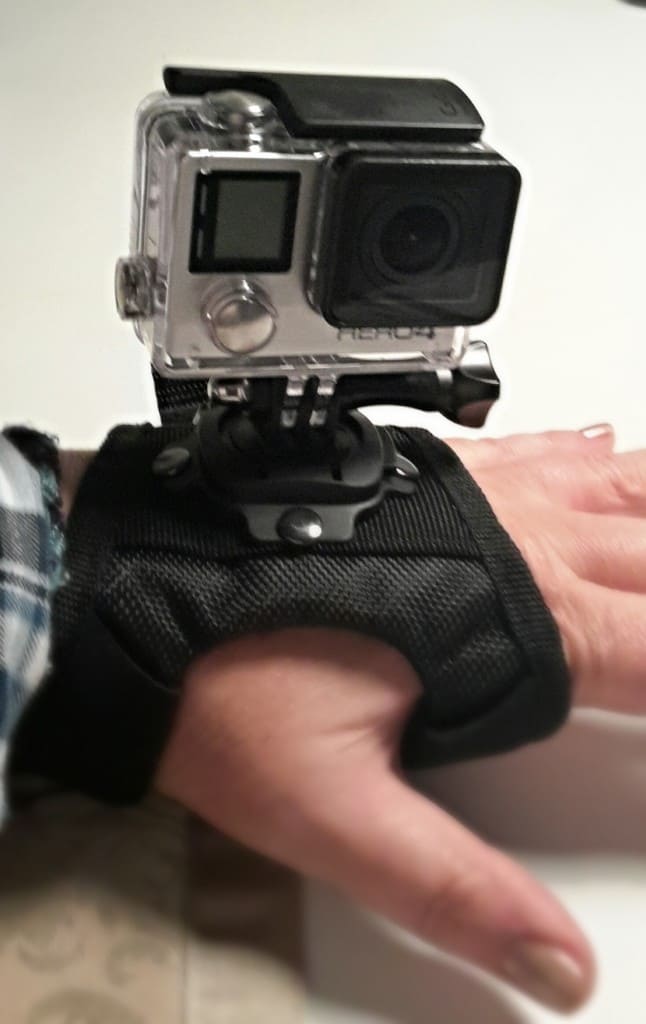 I’m off to Mexico in a few weeks and that will be where I hope to get some decent footage but in the mean time I am learning all I can because this camera doesn’t just take video footage, it takes time lapse, day and night, it takes burst shots, ten a second, it takes stills and the video footage is 4k cinema quality at up to 120 frames per second which, with the software, you can slow down for sharp slow motion footage.

I’m particularly interested in the time lapse – did a test shoot of the plumbers putting in a shower door which I can’t show you because of all the messing around and exposing of body parts! – sunrises, sunsets, clouds, waves, that kind of thing and I’m really interested to see if the night time lapse can capture starscapes and if the cloud cover in Pembrokeshire ever breaks up, which seems unlikely, I’ll try and test that before I go to Mexico.

I have high hopes for this camera even though I don’t think I am GoPro’s target customer, I’m a 48 year old female who would rather gnaw her own hand off than make a shaka gesture (not Hawaiian, think it looks stupid) and I just want to film pretty stuff, oh and my cat!

Both these “toys” need effort to master; my desk is covered in notes of camera settings for different modes and my computer and Pinterest is crowded with recipes and suggestions for making the most of the Thermomix but this means I am learning and learning is good, learning is life and it makes me happy to learn, it is a positive response to difficult times, I’m going forward, learning all the time.