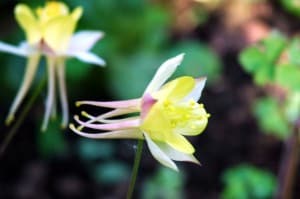 I returned to my home in Pembrokeshire in February to a garden that was mainly mud interspersed with nettles and random rubbish. My lousy tenants had ruined the garden with a combination of chickens, dog crap, bizarre fencing and driving assorted vehicles over it. In short it was buggered.

The trenches in the lawns were repaired with compost and reseeding, the stupid fencing got pulled out and burnt and Nick made hundreds of trips to the local tip with the assorted detritus we pulled out of the nettle banks that were everywhere – what kind of person just throws everything from broken drills to a £600 fish finder in the nearest hedge?

Fortunately the garden has good bones being sheltered and surrounded by mature trees, but it is big, being a third of an acre and so whilst it does recover it takes work. Once the banks were cut back and we removed (by hand) the majority of the nettles the wildflowers came back and it started to recover.

Six months later the garden is well on the way to recovery but it’s been incredibly hard work (oh my aching back), its cost a lot and in the process I’ve made some howling errors, mainly out of a desire to get it all fixed now which isn’t really the best way to approach a garden.

Any plug plants I bought have struggled and any seeds scattered directly into borders and banks have failed spectacularly. My attempt at a camomile lawn was scoffed by birds as soon as the seedlings poked their heads above the earth. Any variety of thyme has curled up and died as soon as I have planted it (apparently it really doesn’t like the Pembrokeshire climate). All wildflower mixes have looked at the banks burgeoning with wild campion and wild garlic and have cravenly refused to try and compete with these bullies. I read an article in The Guardian that espoused the brilliant idea of scattering poppy seed every few weeks to ensure an ongoing period of flowering, not a single one made it beyond shy seedling stage (I love poppies, I feel really guilty that they all were scattered in vain).

The jury is till out on the couple of hundred bulbs I planted but it’s not looking good. I planted a lot “in the green” as apparently this is the way to go, plant them as they are growing and they will thrive. They produced at best straggly specimens but they may naturalise and next year may be better. My alliums I planted too shallow, my fritillaries didn’t appear at all, my irises are stunted and I doubt they will flower now.

On the plus side my anemones have been brilliant, all have flowered and their pretty nodding heads bob around in planters and borders throughout the garden. The same applies to the many many acidanthera I planted, they have all come up which proves they really are easy to grow; sadly they won’t last longer than this one season and I will have to plant new ones next year.

The roses have been a real success. I always wanted a rose hedge and as we came home in time to plant them bare rooted (between November and March) I decided this was the year to go for it. We sourced bare rooted Rosa Rugosa Alba online and in one painful week I planted 200 of them. Rosa Rugosa is hard to kill, which makes it ideal for me and ideal for hedging. And true to its promise every single one survived and thrived and four months on are well on their way to providing me with the kind of hedge no prince, no matter how keen, is going to hack his way through! As a bonus they smell wonderful.

It really has been a good year for the roses. The climbing roses I bought for the front of the house are shooting up and the hybrids planted by the front door are also thriving and I have finally managed to grow the blue rose I always wanted.

On the shady side of the house I have what I optimistically call an orchard. Years ago, just after we built the house, we planted a hawthorn hedge around it and we planted cherry and apple and plum trees there. Phil brought cuttings from his father’s soft fruit canes (raspberry and currants) and they thrived. Naturally my tenants destroyed this area, using it as a run for their bloody chickens, so I returned to dead trees, fifteen foot high straggly hawthorn bushes leaning towards the house, desperate for light, ground riddled with rat runs and the now standard rubbish (yankee candle lids, bricks, tent pegs, wire and plastic bags, lets chuck them in the garden!).

I managed to save one currant bush, which Phil would be pleased about. I know the pear tree is unlikely to make it (two leaves on a bare trunk) but I can’t bear to pull it up because we planted it long ago in those early optimistic days of marriage when every tree we planted was like our promise to the future, so I’ll keep pretending it’s still alive, like I still pretend Phil is, somewhere just out of sight.

We discovered Stackpole gardens and stocked up on a huge variety of perennials, all of which have done well. The new love of my life, aquilegia, with it’s jaunty face and ability to spread like wildfire, if happily colonising the orchard, as is jacobs ladder and there are new currants bushes to join the last survivor, to give him company.

In the rough banks the elegant fronds of Solomans Seal with their delicate hanging brachs of cream have settled in well and will return each spring to bridge the gap between early bulbs and the fountains of foxgloves and campion follow. 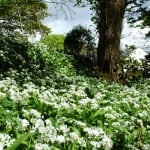 Wild garlic at the gate 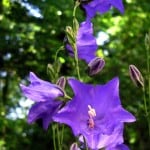 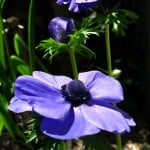 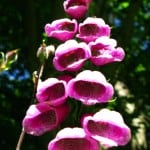 Foxgloves in the wild banks 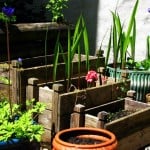 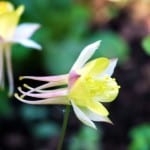 I don’t know a lot about gardening, I just got the bug for growing things whilst we lived in Turkey because basically anything grows there! I grew stuff! So when I came home I wanted to grow more stuff, on a much bigger scale.

I have a lot to learn and a lot of garden to fill because apart from the house garden we have the woods and the bridle path as well.

I want a little green house and I want raised beds for veg not just the few pots of herbs I have now and I want a burgeoning, wildflower, rambling, faded blue and bright white and million shades of green garden that feels welcoming and natural. I have a lot of work ahead of me 🙂

People who have helped so far –

I’ve known Nick and Gill Chilton for (eek) twenty years, and I don’t think I have ever met such a hard working couple, they are tireless. They own and run Fishguard Garden Centre and they are my first point of call for information and advice. If anything dies is my garden it’s because I forgot to ask Nick before I bought it! Nick and Gill supplied all the compost, fertiliser, pots, canes and trellises, and loads of sound advice whilst we were repairing the garden.

We discovered Stackpole Walled Garden whilst exercising our National Trust passes (have Volvo, have National Trust membership, is compulsory!). The gardens have been given over to the care of Mencap and the maintenance of the gardens and all the plants for sale are produced by adults with learning difficulties. Not only does the garden produce an impressive array of plants but their prices are keen and thanks to them I have fallen in love with columbines in all their varieties because I can afford to experiment.

Beechwood Nurseries from Northern Ireland supplied all the bare root roses for the hedges, every single one of them lived and they were delivered quickly and well wrapped, they also readily supplied advice when we rang them. Bare root roses in large quantities are only available November to March when they are “sleeping”. 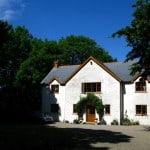 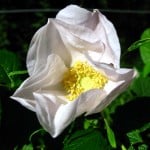 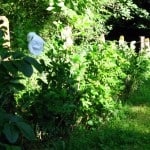 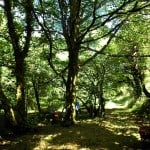 Starting to clear the woods after years of neglect