I was stressed this morning from reading insane things on internet forums and so I took out my foul temper on some harmless cloves and cinnamon sticks and battered them to their component molecules for inclusion in the recipe. Cooking is very therapeutic.

After battering spices I felt calm and relaxed and with a sense of peace appropriate to the first Sunday of Advent!

Lebkuchen are very spicy ginger biscuits traditionally served on the First Sunday of Advent. It is often used to make ornate ginger bread houses but I’m just making a cookie type lebkuchen with icing. They also make great gifts to bring when invited to parties and they make the house smell amazingly festive whilst cooking. They cheered me up no end.

I’ve used home made candied orange peel in these because you can’t really get candied peel in Turkey. It’s a hassle to make and I nearly threw the towel in on it but the result was actually really lovely and I’ve included the recipe at the bottom of this blog.

Put the honey and butter in a saucepan and heat gently until the butter melts. Pour on top of all the other ingredients and stir until you have a very stiff mixture. Put in the fridge for a couple of hours.

When the mixture has cooled and is solid pinch off pieces, roll into a ball and place on a baking sheet lined with greaseproof paper. Press each ball down to flatten into a fat disk. Keep them well spaced apart as they will spread.

Cook in a medium oven for 15 minutes. Keep an eye on them, they have a high sugar content and they will go from perfect to frazzled in under a minute!

Allow to cool and then either drizzle with icing or dip in melted chocolate.

Any citrus fruit will do, I’m using mandarins but orange, Satsuma, lemon or lime will work in exactly the same way.

Peel your fruit. Now put something good and long on TV, like Gone with the Wind, or an entire boxed set of Doctor Who, and spend a couple of hours removing the bitter white pith from the fruit peel. It’s easiest if you use a sharp knife and like filleting fish hold the end of a strip of peel and slide the knife away from you taking off the pith. Remove the pith from as much peel as possible or until your lose the will to live.

Once you have depithed your peel you have to boil it in a sugar syrup. I use one cup of sugar to two cups of water (any cup will do, it’s the ratio that’s important), I bring it to the boil and stir it until the sugar has dissolved. Now add your peel, bring it to a slow simmer and leave it simmering for about an hour or until the liquid has reduced by over a third.

Remove the peel from the syrup and dredge the still wet peel with granulated sugar. Now put the sugared peel on a baking sheet and put into a warm (not hot!) oven to dry. This last step sounds easy but actually it takes ages and is really fiddly and sticky because what you want on the baking sheet is individual bits of peel with a little sugar on it not lumps of wet sugar with a garnish of peel!

I was thoroughly fed up by this stage and chucked the peel in the oven to dry and stamped off to announce on Facebook that making peel was pants! When I opened the oven a couple of hours later and got hit by an intense surge of concentrated orange I changed my mind. It is fiddly, it is a sticky job, but it smells and tastes amazing. 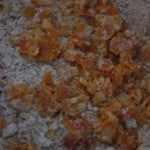 Put all the dry ingredients, spice and peel into a bowl 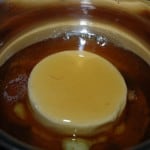 Melt butter and honey together and pour onto the dry mix 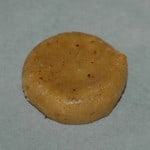 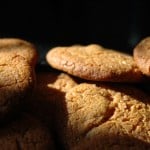 Bake for 15 minutes, allow to cool and then ice 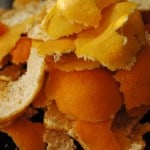 Candied peel – start with a pile of citrus fruit peel 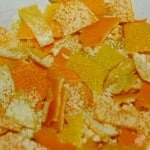 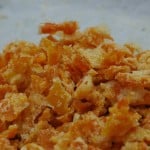