We took a day trip to Chios on Saturday just to do a little shopping. There are several Greek islands within relatively easy reach of the Turkish mainland and Chios is my favourite because it is a little more authentic and real than Samos and Kos. It isn’t a well known tourist resort but it is an affluent island as many of the important Greek shipping families originate from there. It has a younger more vibrant vibe than Samos which seems to get increasingly dour and sour as the recession bites.

To get to Chios we take the ferry from Cesme (see link below for booking) which runs all year but with a reduced schedule in the winter. It is only a 45 minute crossing to the island but Cesme is a good two hours drive from Kirazli and so we still needed an early start. We were on the road by 7am, leaving Shadow sulking on the top terrace on her chain for the day – last time we went to Samos she ate a cashmere jumper in revenge for us leaving her behind so she can sulk all she likes.

We took the motorway north from Selcuk towards Izmir. We could have taken the coast road up as far as Seferihisar and then cut across country, it’s a prettier drive, but the weather was bad with intense pulses of rain and low cloud and the road is full of twists and turns and shear drops to the sea below and one of my carpenters once went over the edge early one morning when driving back from Izmir, so we opted for the motorway.

From Selcuk it is toll road all the way to Cesme, skirting Izmir and turning out along the peninsula, past Karaburun and Alaçatı. It isn’t my favourite kind of scenery, the land is scrubbier, with fewer trees and the wind farms constantly turning in the wind that always blows up here give it a desolate feel. But it is a popular area and Alaçatı particularly has some seriously expensive houses, you can see them from the motorway, 1 million lira stone houses within spitting distance of a six lane highway, which I think is weird but Turks don’t seem to worry about things like that as they don’t really notice noise.

In Cesme we parked near the harbour and picked up our tickets from Erturk Tours at the ferry terminal, it’s 40 Euros each for a day return which isn’t cheap, particularly for a 45 minute crossing in a less than comfortable ferry, but that includes port tax and the timings are convenient for a day out.

By now the weather was really settling in for some serious rain and by the time we had bolted across the narrow channel with its white capped black waves under a bruised looking sky we were into monsoon season and the torrential rain was throwing itself down with total abandon and an irritating enthusiasm. Rather than swim to the shops we opted for an early lunch in a harbour side restaurant and got very full very fast on fried halloumi and slow cooked veal in a rich tomato sauce.

There are modern supermarkets on the outskirts of town but after lunch and with the persistent squalls still threatening to wash everyone into the harbour we decided to shop in town in the quantum supermarkets. The quantum supermarkets of Chios are strangely anonymous buildings hidden amongst the slim streets of this old town. In them an entire supermarket is shoehorned into the space of a family terraced house. They are narrow, multilayered shopping adventures where you slide sideways through the caverns of aisles, losing yourself in tight lanes of goods and wriggling up and down precipitous stairs that lead from one floor to another. I expect to see Stephen Hawking parked up in a corner mentally computing how space has been folded in such a way.

But the food is brilliant and the cheerful ladies at the butchers and cheesemongers are helpful and smiling. I lost Nick a few times in the labyrinth so I hung around at the dog food section until he turned up, you can always rely on Nick to sniff out dog treats for our pampered pets.

After stocking up on pork, dark aged beef, brick like chunks of parmesan and bright white slabs of feta we had time for a leisurely stroll (damp scamper) around the many small boutiques in the old quarter. The ladies of Chios clearly have a boot fetish as advanced as my own as every other shop was a shoe shop selling everything from thigh high boots with chains to python skin patterned wellies which I should have bought as my poor uggs were soaked.

In the café culture clutter of chic bars and coffee shops along the harbour edge we stopped for one last frothy frappe in the warm friendly atmosphere before heading back to the ferry.

The weather made the trip less fun than usual but I still like Chios very much, it feels good, as unpretentious and pretty as the last time I was here when we spent a few days exploring the island. It was spring then and the stone villages were covered in pale blue clusters of wisteria blossoms, the mountains were carpeted with rock roses and poppies and as it was nearly Easter the chocolate shops were full of lavish hand made Easter eggs.

Back in Kirazli after a two hour drive through more torrential rain we dried out in front of the soba. My saturated Uggs steamed in the heat, filling the room with the smell of Wales – nothing makes you think of home like the smell of a wet sheep! Fortunately it doesn’t rain here that often but when it does it’s really good at it.

If you fancy a trip to Chios, and it is worth it in better weather, you can book online at Erturk Lines – Online Booking Cesme Chios Ferry 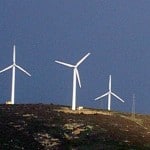 Alacati Windfarm against a threatening sky 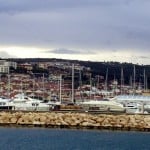 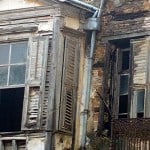 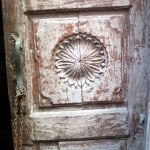 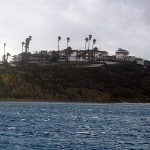 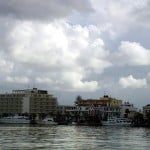