“A Wife is Like the Jandarma in your Bed”
So says Sezai who is looking for a wife to curb his more unruly impulses and keep him on the straight and narrow. 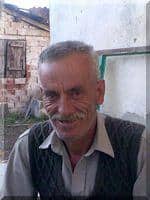 Sezai is any age between 48 and 68 (various ages have been put forward), has boundless energy, the dried out, timeless skin of an Egyptian Mummy and the undying loyalty of your average St Bernard Mountain Dog.  He is thin, tempered by time, the Turkish summers and the clean mountain air and if he manages to sell some family land a fairly well off man.

And now he needs a wife, someone to keep him calm during his twilight years, keep him company in the long evenings and put the proverbial foot down when he gets a little too enthusiastic about stuff when his blood fizzes with Raki inspired passions.

He has made a heroic effort to put his house in order to attract a wife.  New pvc windows (still bearing their protective coverings) grace the windows of his small neat village house and a new television takes pride of place.  His garden is well tended and abundant with peppers, cauliflower, quince and grapes that burst with rushes of sweetness in your mouth.

He has regular employment lined up for the winter and is currently searching for a second hand washing machine to make himself even more enticing – nothing like those modern conveniences to bring the ladies rushing.

So this Autumn in Kirazli will bring a gentle courtship and we look forward to watching Sezai find the right woman.  One cannot help but feel that whoever lands this quietly funny, intensely loyal and courageous man will by a very lucky lady, we just hope she doesnt put her foot down too hard, we love him as he is!