It’s been a busy week. We had a lovely couple staying in the studio who endured really quite crap weather, which had me over compensating like mad by going overboard on breakfast and stuffing food into them to try to make up for days of showers and persistent drizzle instead of our usual reliable sunshine.

I’ve been too busy cooking to blog much but I have managed to snatch pictures whilst I’m cooking and I have a lot to write up including a couple of interesting beetroot recipes (never thought I would ever write that phrase!) which are right on trend as purple food is apparently “in”. 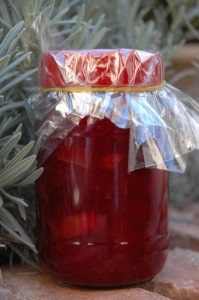 I also have a great sort of minestrone recipe with left over chicken which is colourful and warming on autumn evenings and a new fig jam recipe to share as all the first batch of jam, which was supposed to be saved for winter, has mysteriously vanished.

After the showers and the thunderstorms the village is all sparkling clean and fresh and the garden looks suitably refreshed after a good drink – unlike the rest of us – the pool is rather overfull and I’ll have to pump some out in a minute but it looked so pretty in the sunshine this lunchtime I had to take a couple of pictures. 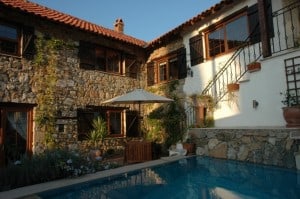 Sun between the showers 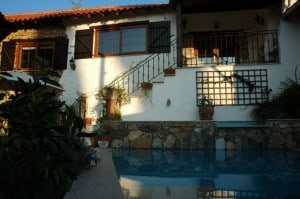 All the chrysanthemums are blooming, the yellow, the white and the brilliant purple and the bronze is just about to produce a hundred flowers. The jasmine is still flowering and smells so much stronger in the softer autumn air. The wisteria has been pruned (three months late! oops!) and will be pruned again mid winter to encourage it to flower lavishly next Spring. 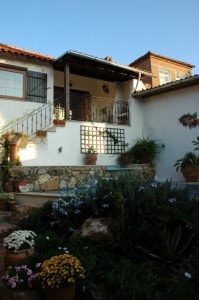 The studio terrace and the garden in October

There is lots of building work going on in the village as the profit from summer harvests in ploughed into making the homes a little bigger or better or warmer. The neighbour opposite have turned their pitched roof into a flat roof so they have more room to dry fruit and nuts, with the added benefit that they have just improved the sunset views from my bedroom no end. Thank you neighbours. 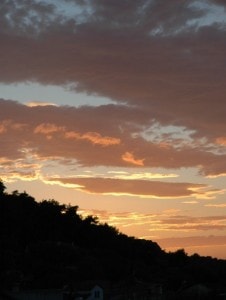 October sunset from my bedroom

For those interested in seasonal food, on the markets dried cranberries are a great buy, the last of the figs are still on the stalls and the new season beetroot is a great buy. There are loads of corn cobs around, ideal for a colourful relish, and the pink tomatoes which are an area speciality are gorgeous at this time of year but a bit pricey at 5tl a kilo!

Glad of a break from the summer heat Vinnie, Shadow and Evils have moved from their summer spots under the ceiling fans and are back to basking, taking advantage of the sun between the showers to catch up on a little solar charging. With the nights getting chillier Evils has started demanding to sleep with Shadow again instead of roaming the village looking for something to hurt. I hear him climb into her bed in the middle of the night, she growls at the invasion, he ignores her, she moves over. Sounds like a match made in heaven! 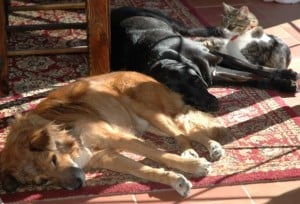 Shadow, Vincent and Evils basking in the sun