Posted in Scuba Diving in Turkey 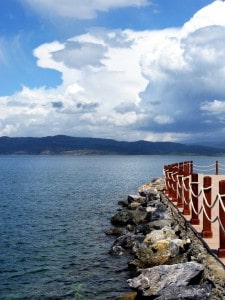 When we talk to people visiting the area about scuba diving so many say “I’d love to try it but I don’t know if I’d like it!” and many more say “I wish I had thought of it before I came and prepared!” Neither of these things is a particular stumbling block to getting in the water.

A Discover Scuba dive is a great idea if you think you’d like it but aren’t sure and with the degree of hand holding you get it’s a safe and controlled way to see if you like it. Scuba isn’t for everyone, my dear late husband had a horrific gag reflex, he couldn’t cope with a regulator in his mouth, my daughter really doesn’t like fish touching her (!!!!) and some people just don’t take to it. It’s generally better to find these things out before you commit time, money and psychological hope to learning how to dive – which is why Discover Scuba exists as a couple of hours learning the basics and then getting your head in the water.

If you try Scuba and like it and want to do an Open Water Course, which is the first recognised qualification on the road to seriously fish like, then that’s doable too, SSI (Scuba Schools International) offer free online training with videos to watch and online tests at the end of each section. You can do a couple of hours practical learning in the morning, a couple of hours online theory in the afternoon on an iPad or one of our spare computers, watch some DVD’s and get qualified in about four days and still have time to visit Ephesus, do some shopping and relax.

Turkey is a great place to learn to dive and here are a few reasons why:-

1. Uncrowded – my diving friends tell me of skirmishes in the Red Sea over the photographing of a particularly cute clown fish, they tell me of battalions of dive boats in the Maldives circling reefs like the ubiquitous landrovers circle a lonely lion on the Serengeti, I’ve seen dive boats by the score racing after the whale sharks in the Caribbean. Sometimes, it seems, it can get damn crowded beneath the waves. But not here, here is quiet, here is small groups, not another dive boat in sight and the reefs to yourself. In all my diving only once have I been in the water with more than one group and then I followed the wrong one! Crowded diving is confusing, crowded dive sites invariably get damaged and crowded dive sites are hard for beginners who need confidence boosting dives where they don’t kick anyone else in the face and they get to see the things they learnt to dive to see.

2. Instructors – my first instructor was an ex-navy diver, my second instructor teaches the Turkish army rescue divers, my main instructor is a man so obsessed with diving and learning that he has every qualification from every agency and he eats, breathes and sleeps diving. Here we are taught by people with serious experience. There is nothing wrong with instructors who follow the fast path from zero to hero offered by some agencies but you cannot beat the depth of experience that you get here. Recreational diving hasn’t been around long in Turkey so many instructors are coming from a navy background, they are professionally trained, highly experienced divers who have now moved across into the recreational field although many still spend the short off season instructing the rescue services and the military. These are thorough, belt and braces, well trained men and a lot of the time they are instructing people on a one to one basis. And they are kind, as my dear Instructor Emin said to a nervous girl on her first open water dive last week, “Down there I am your father, I will look after you!” She took her first open water dive with Emin, a Major from the Turkish army, Nick and I and her own father, between us there was something like 5000 dives worth of experience for one new diver. That’s a lot of support!

3. No tides, no currents – the sea is a living breathing thing, in my home on the Irish Sea the sea breathes heavily, the tides rise and fall by 8 metres, the currents surge through the sounds and the sea makes you work for your pleasure. Even in the idyllic Caribbean the currents off Cozumel run at a surprising speed and the inexperienced diver can struggle in the surge, surprised by the strength. Here we have few currents, the old Mediterranean breathes quietly, slowly, and the diving is easy, a drop down through clear water and clouds of fish, it’s kind to the beginning diver and that first, scary open water dive is confidence building in the calm water.

4. Weather – Right now, in mid April, our sea temperature is around 18 degrees, we’re still in full wetsuits because it’s colder on the bottom but as soon as we surface we’re stripping down because it’s hot in the sun. We are blessed with perfect diving weather for seven months of the year and good diving weather for another three months. Only February and March are cold and blowy and even then on the sunny days you can still dive. From now until end of October we are pretty much guaranteed flat calm mornings, glass like seas and a sea temperature comfortably into the 20’s. In late afternoon the Meltem wind will blow, rushing the cruising gullets onto their next mooring spot but by then we’re normally back on shore, soaking up the sun and waiting for the sunset.

5. What’s down there – No one wants to see a shark first time out, they want to learn, be comfortable, see stuff, but not be frightened to death. The diving in the Aegean has plenty to amaze the new diver without causing panic; warm springs to rub their hands in, sparkling mica in the sunlit sandy patches between the reefs, shoals of fish feeding, big eyed octopus lurking in holes, fat groupers cruising by, rainbow wrasse darting up to their mask, ancient amphora grown into the reef, crusted in sea life, knobbly with sponges. There is so much to see in an accessible, easy way.

We’ve just started our main diving season here in Kusadasi, last week Active Blue passed out the first two Open Water divers of the season. Last year 143 people took SSI courses with them and got their new certification cards and apart from that hundreds more tried discover scuba and already certified divers took adventure dives out on the reefs.

Our first boat dive on Pamucak Reef showed the reef had come through the storms of winter beautifully, the hot springs were bubbling away merrily, making the water around them 4 degrees warmer, the bream were out in force, merrily swirling above the reef and we found some new amphora at the foot of the reef. It all looks good for another beautiful summer of diving. The only thing that had changed was the depth of our tan, we’re all pale from a winter in wet suites, that will soon change! 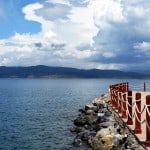 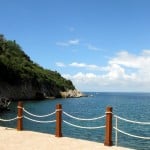 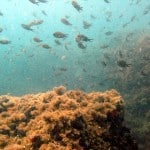 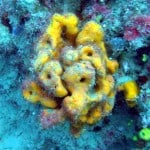 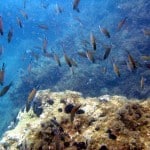 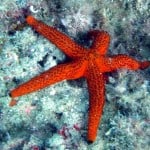 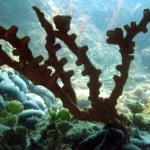 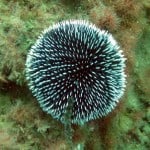 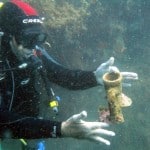 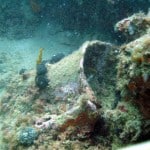 Amphora buried in the reef 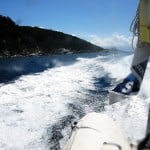