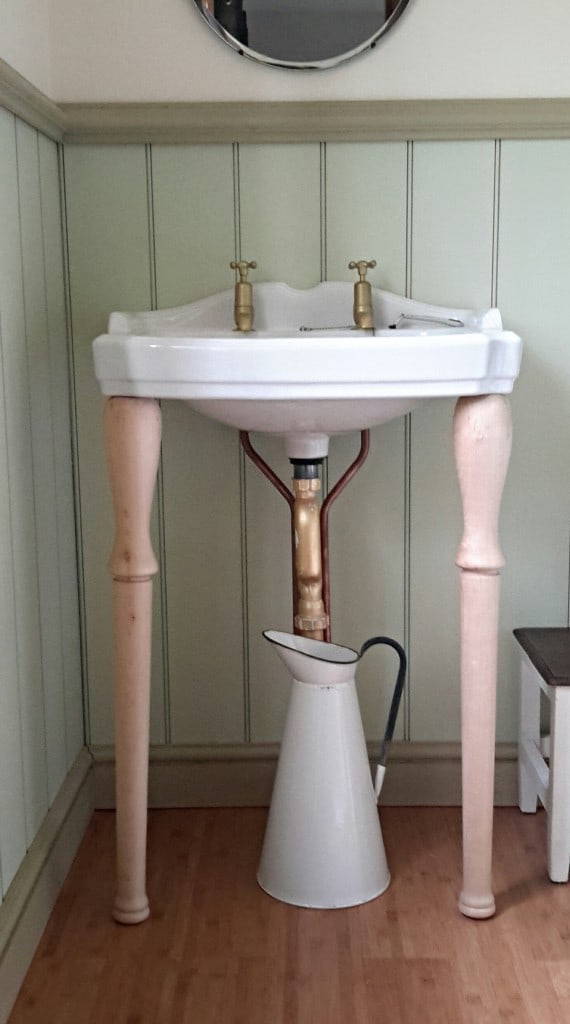 I am known for being lazy. My Mother once said the only reason I breast fed was because I was too lazy to wash bottles – it’s true, such shame!

But I am lazy like a fox, I do a ton of research so I don’t have to use actual sweat or make expensive mistakes. 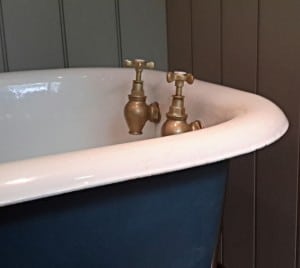 It was whilst I was researching how to paint an old cast iron bath we had acquired for the main bathroom that I heard about how versatile chalk paint was. I had heard of it before but I thought it was just for heavily distressed furniture – not a look I particularly like – but I had no idea it could be used on pretty much anything and that best of all it took away the need for endless surface prep work which is a particular hatred of the truly lazy person who doesn’t like being coated in a thin film of sawdust.

Basically chalk paint sticks to anything; unsanded wood, metal, melamine, plastic, ceramic, without the need to rub down or score the surface to give the paint “key”. It is then given durability and a soft sheen by the application of a wax, several coats of wax for surfaces that get a bit of knocking around and a single coat to purely ornamental surfaces. 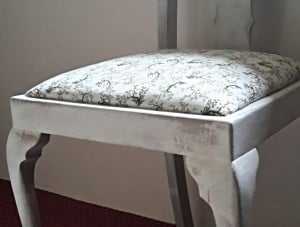 Since discovering this brilliant stuff I have renovated the cast iron bath, it went from a nasty chipped psychedelic purple to a rich dark blue called Aubusson and then I went on to chairs, wall panelling, dado rails, exterior wood and even a whole kitchen (my daughter’s).

The kitchen was the least fun project, it was fiddly beyond and I got very fed up of the endless doors. But the result was good, it saved my daughter a massive amount of money as she didn’t then need to buy a new kitchen for her first home and I got to invent a new colour as she had to have a custom colour. Say hello to Pembrokeshire Cream! 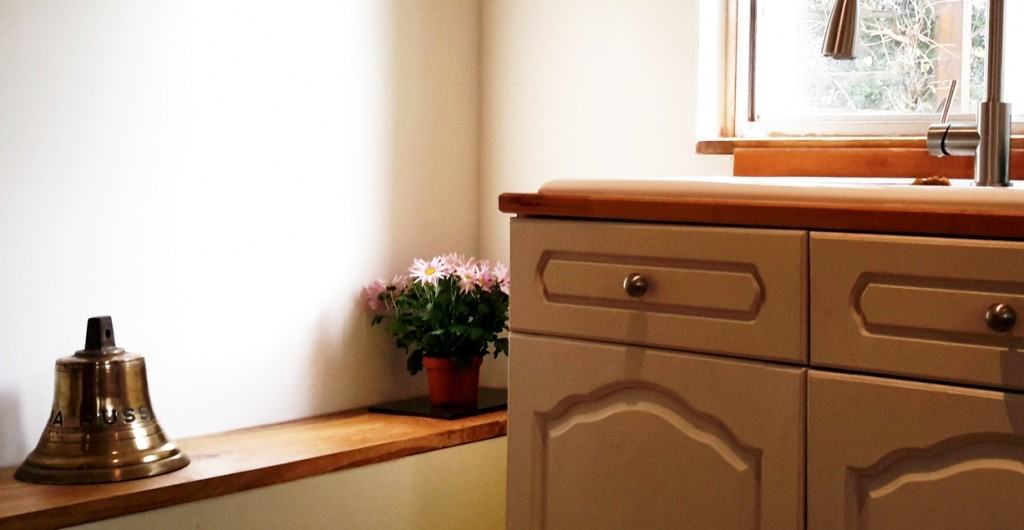 1. For a less “distressed” finish either add water to the paint and mix it well or regularly dip your brush in water and then into the paint.

2. It is all in the wax, two coats leaving a gap of 24 hrs between coats makes for a pretty sturdy finish, I even have it on exterior wood and it’s holding up well.

3. Until you can wax an item be a bit careful, it will chip until the wax is applied.

4. There are no end of things you can paint with this stuff, I have even done lampshades, don’t be afraid to experiment with it.

5. When waxing do the whole thing in one go, don’t do half and then finish it later, it looks patchy.

6. Applying the wax coat doesn’t so much change the colour as intensify it.

7. You can apply wax with either a brush or a cloth, I use a special wax brush for detailed stuff and a cloth for large flat areas. The cloth uses slightly less wax than the brush method.

8. When buying paint try and get all you need in one go, some colours, particularly the darker, richer ones, tend to be often out of stock.

10. Use the wax sparingly, rub off as much as you rub on, you are aiming for a thin coat that dries within an hour or so and then buffs to a soft shine

Chalk paint goes a long way, a litre will allow several coats to a large project, my daughters whole kitchen took only a litre and a half and that was 10 cabinets!

And finally, please don’t paint good wood! I like painted wood furniture but I think it is sacrilege to paint beautiful wood which has a decent grain, so I would never paint oak or walnut or anything that had acquired it’s current look with graceful aging.

Where to but paint :- Chalk Interiors Online Shop