After a morning working on the House Elements project we were hot, grubby (as usual) and our minds swarmed with figures, measurements, levels and angles as we worked on the complicated three dimensional plan of the project. It was time for a break, so we took ourselves off for a wander around the lake to give Shadow a run (she’d been so patient, lying and watching us as we worked), enjoy some fresh air ourselves and follow it up with a Cop Sis lunch.

The lake is just over a kilometer from the project, lying in the foothills of the Menderes Massif, backed by the hills turning to mountains that fade away in layers against the autumn sky. The whole area is teeming with wildlife, water birds and wading birds, squirrels and pine martins and the occasional wild boar (more on boar later). Fed by the thin streams that cascade down from the mountains the lake is dammed at one end and if I photograph it from the dam it looks like a chocolate box picture with it’s surrounding ochre hills and the deep blue sky.

Shadow loves going to the lake, she crashes through the reed beds sending up wildfowl and pretending she is a proper gun dog. 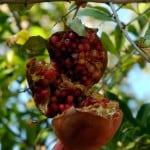 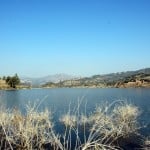 Our lake in November 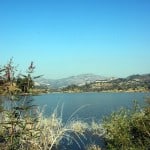 Sunny lunchtime at the lake 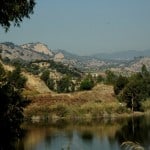 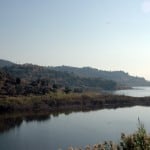 North End of the Lake 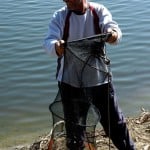 A heavy catch of carp from the lake 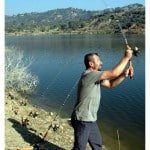 Successful fishermen casting from the shore 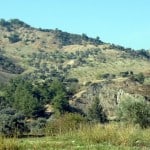 The start of the olive picking season 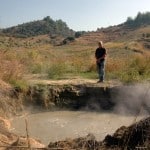 In the heart of the thermal zone 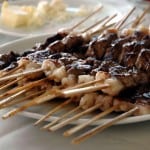 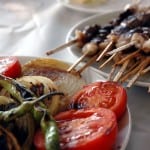 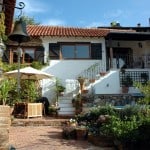 For the first time ever we found some men fishing on the lake, normally we have it to ourselves as the surrounding locals are too busy in their fields to mess around with fishing but this time, on a sunny bank, we found three fishermen with rods set up and a extremely civilised picnic spread out on a checked tablecloth. No self respecting Turk is going to go out to enjoy nature without a decent amount of food to enhance the experience. Over a small fire meat steaks had been barbecued, a salad had been freshly chopped and chunks of bread and small piles of salt were scattered on the tablecloth.

The fishermen showed us their catch, several fat, fighting fit fish in a keep net, gold and bright orange tailed carp, glowing in the sunlight, each easily as long as my arm with big bright eyes. We did the whole “How heavy is the fish” thing – it’s traditional, you have to ask fishermen this, even if you don’t care! – and they shared their lunch with us. It turned out the men were semi professional hunters and when they weren’t fishing they were hunting, lunch was wild boar steaks from an animal they had shot the other day, apparently it had 10cm tusks (what is it with men and size?). The meat was lovely, soft and slightly gamey, it took me a while to work out it was wild boar as living in a Muslim country it’s ages since I ate pig. I was impressed and the fishermen took my expression for surprise that they were eating it, “It’s okay” one said to me, “I’m from Bulgaria, I can eat it!”

Leaving the fishermen to their happy afternoon we finished our tour of the lake with a visit to the hot pools to see how they had grown in the last week. Back in July we were in the area with a friend and had found a small puddle of bubbling mud by the side of the road, by October this puddle had grown into a string of boiling pools that moved across the landscape as the thermal water found it’s way to the surface. The biggest pool is now 4 metres across and is wildly bubbling and sending up clouds of steam. I finally persuaded Nick to stick his finger in the run off (nope, not doing that myself!) and he said it really was boiling, not just hot.

We headed home through the sunny afternoon, stopping for lunch at our favourite cop sis roadside lokanta in Ortaklar. They wash the car for free whilst you have lunch and we gorged on small lamb kebabs and vegetables char grilled on the barbecue and fresh lavas bread just out of the wood fired oven and the usual gallons of tea. Shadow lay under the table and eyed the sleek restaurant cats and accepted pats and compliments from the waiters who know her. We eat here often as we’re traveling around, it’s convenient, costs only a few lira and like most roadside food places in Turkey is really good.

Again stuffed from too much lunch we slowly drove the last few kilometers back to the village along lanes edged with vineyards of autumn rusted vines and past tractors bringing in the last of the grapes and the first of the olives. The season turns, the zeytinyag fabricasi, the olive oil processing factories, are open again and the winter harvest of the olives is begun but the sun shines on here in Aegean Turkey.

This article was first published on the website of House Elements, a boutique rental business for sale in Aegean Turkey. To learn more about this sustainable, low impact project and the turnkey business it offers please click here:- House Elements