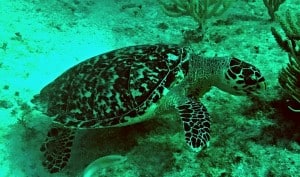 Say “Hello” to my little friend!

Far away across the Atlantic, tucked away in a corner of the Mexican Caribbean, just off the Yucatan peninsula, the island of Isla Mujeres is old home, memory chest and long time inspiration to me. It’s colour drenched seas and white powder sands are the benchmark for every beach I have seen in the last few decades and returning there after a prolonged absence was as therapeutic as I had hoped, giving me two weeks of utter bliss on an island that had definitely changed but in all ways I could see for the better.

Isla Mujeres is a shiny upgraded version of the quaint little island I left ten years ago.
It’s not the dirty, scorpion infested little island we once all joked about (mainly to keep it secret. We really failed on that one!).

There have been huge strides in recycling rubbish, educating communities and generally upping the level of service and type of facility that the average traveller expects. The backpacker lodge is still there and doing a roaring trade but the number of rental homes, mid priced hotels and swishy but quirky boutique hotels has increased to cater to a wider market.

Yet the laid back, this can only be the Caribbean, island vibe is still there. It’s there in the incredibly colourful streets of downtown with their multiple wall murals and traders laconically calling out offers of cigars, panama hats and Mexican handcrafts for sale. You still find it on the deserted stretches of rocky coast on the windward side, constantly pounded by the waves from the open sea, where you can search out sea glass in the nooks and crannies of the sharp edged rocks or just sit on the sand and watch the waves change colour in the sunlight.

It is forever my Isla at the Fishermans Quay early in the morning, after the colourful pangas have scudded into port and the nets have been emptied and folded into silver white humps on the sand and the catch has been snapped up by the local restaurants. It’s my Isla in ever sunrise and sunset and every single moment I get in the sea where the blood warm water soothes and buoys you whilst the world below enchants you.

I can’t say enough good things about Isla, I came back from feeling that sometimes things do get better over time, that the best of times are not always in the past and that the safely exotic is a good place to go, particularly when winter darkens our doors in far West Wales. 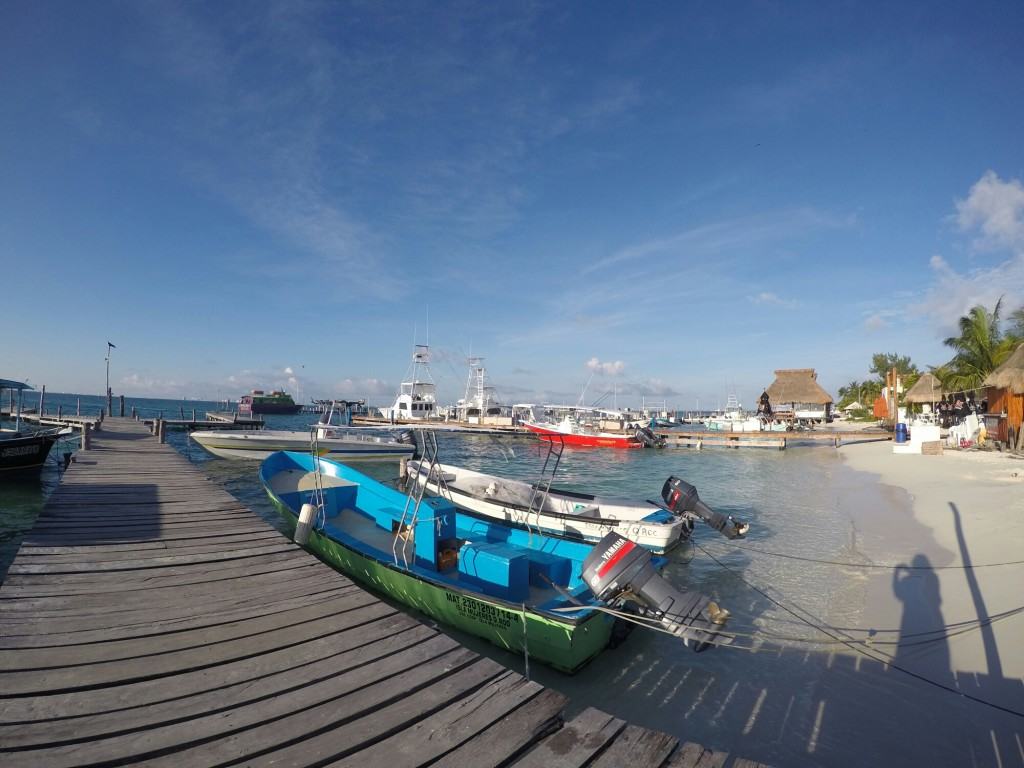 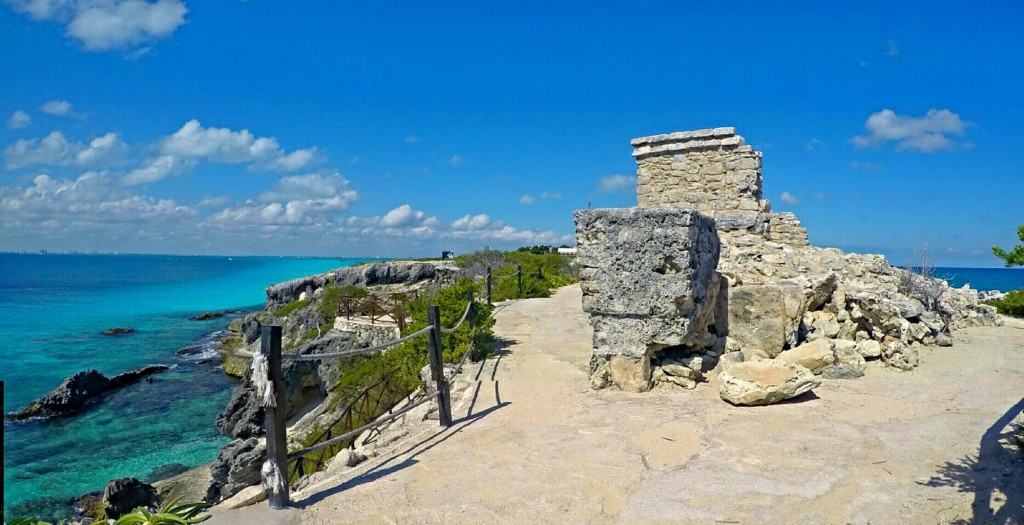 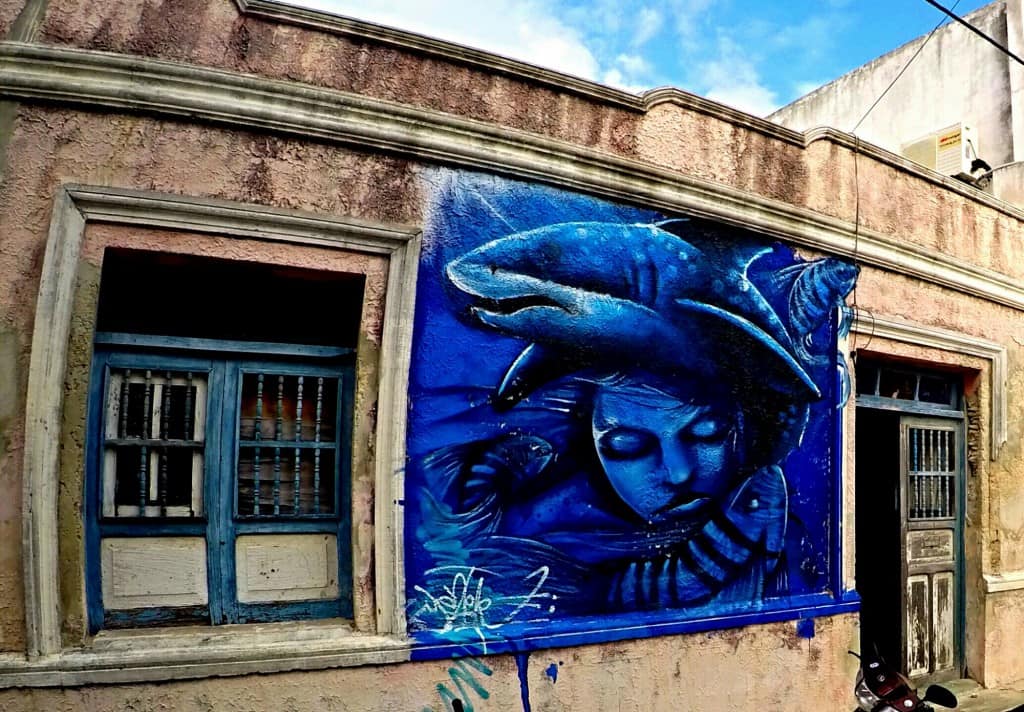 One of many murals on Isla Mujeres 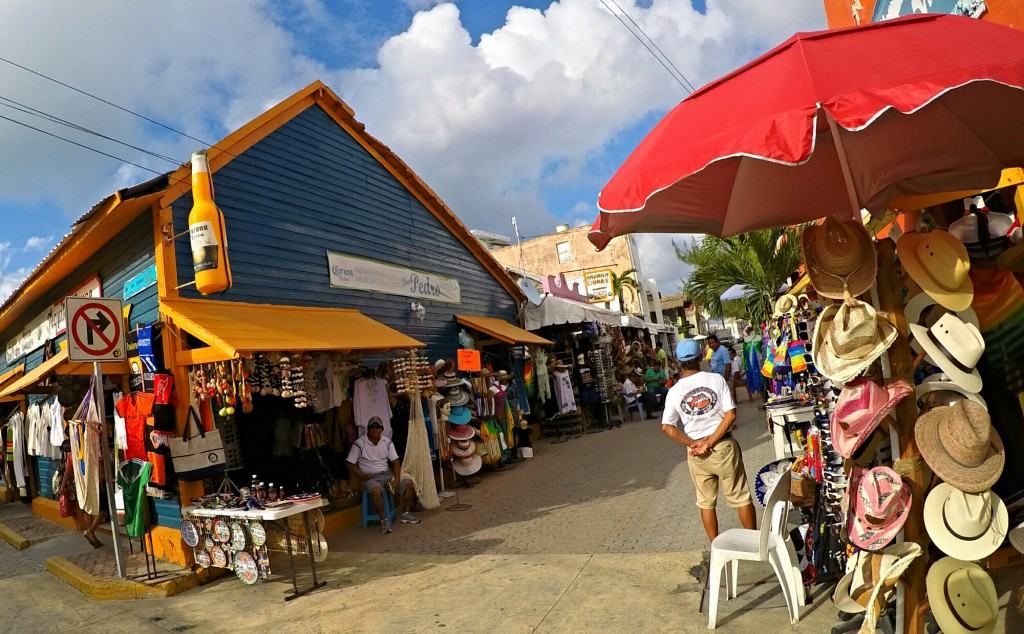 Mexico is hot right now and not just because of the weather! The early November flight with Thomsons from Gatwick to Cancun was full, something that would never have happened ten years ago when I regularly crossed the Atlantic. Back then a November flight would have been much quieter but it wouldn’t have been so comfortable.

Virgin Atlantic and British Airways also offer direct flights to Cancun all year round, several times a week, but Thomson uses the Dreamliner Boeing 787 on this route and the flight is higher, faster and more comfortable than ever before and yet still the vast majority of passengers were going as part of a package and were missing out on a lot of the unique aspects of visiting Mexico.

It’s understandable the first time you take the plunge and decide to go to Mexico – which still seems incredibly exotic to most of us Brits – you want to be safe and so you choose an All Inclusive in the Hotel Zone of Cancun, but with a little bit of Mexico mileage under your belt there is no reason you shouldn’t be exploring the entire Riviera Maya, Cozumel and Isla Mujeres independently.

Transfers from airport to ferry dock and onto the island can be prebooked through a number of highly efficient, reasonably priced, English speaking, transfer companies willing to wait outside of the arrivals gate for you with a cool scented towel. We booked with Canada Transfers and as well as the return transfer from the airport to Grand Puerto where the Isla Mujeres ferry docks they also provided a pre-loaded data sim for my phone, eco friendly sunscreen for diving on the reef and a selection of ice cold drinks to combat the flight dehydration and the Mexican heat. They also dealt with a three hour flight delay on their own initiative. Makes it all really easy! We were at the ferry dock within forty minutes of landing and before the package tours had even finished loading the coaches. Holiday well and truly begun!

On the island we stayed at two locations; Na Balam (Jaguar in Mayan), where I have always wanted to stay and Ixchel Beach Hotel which wasn’t built last time I was on Isla. Both were outstanding.

Na Balam is a quirky, atmospheric collection of low rise buildings, right on the beach at the north of the island and you reach your spacious room by following winding paths of shell rock through gardens of bright flowers and tall palms. It’s lovely. I adored it. From the wonderful reception doors of carved wood to the plunge pool terrace we had overlooking the sands. The staff are lovely, really helpful and the food at Zazil Ha, their beach restaurant, was excellent and included an amazing ginger based salad dressing that I am currently trying to copy.

Ixchel was totally different, a modern building enjoying the best position on the island, right on the famous Playa Norte. It is run like clockwork and we were hugely impressed both by the care they take in maintaining the building (super harsh environment!) and the staff who without fail went above and beyond doing everything from hunting down the best room available to taking our golf cart back when we had an early start on a trip to Isla Contoy (Wendy we thank you, honestly, you are brilliant!).

I had booked Na Balam through EBookers because I had a discount code, otherwise I would have booked direct but I booked direct with Ixchel which they seemed to appreciate.

I’ll have more information on eating on Isla, excursions and particularly diving and snorkelling on later blog posts but in the mean time here are the links to hotels and transfers we used.

House on the reef – Isla Mujeres