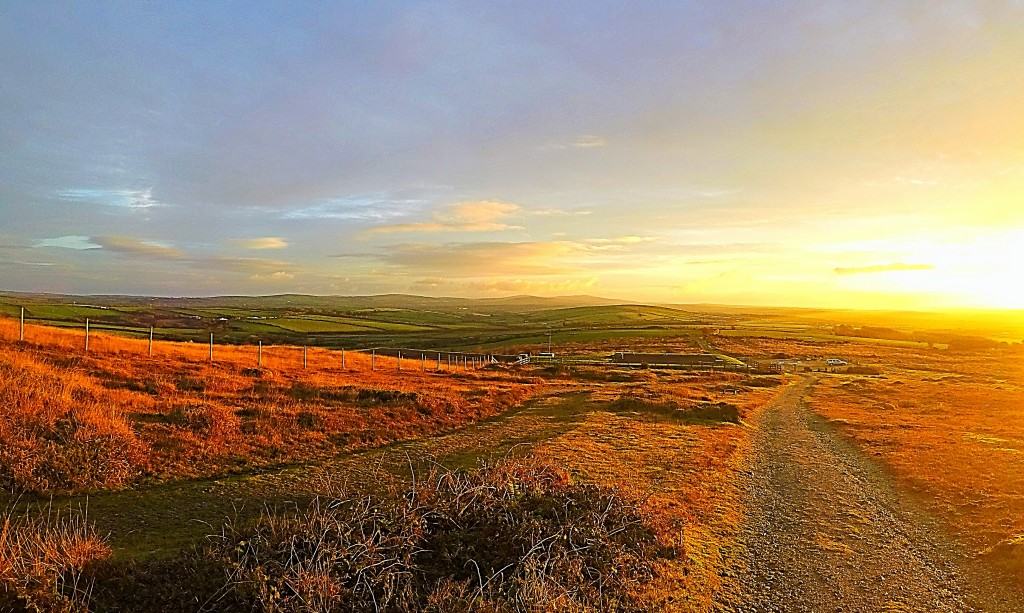 There is a supermoon aching in the sky, it makes the nights restless and full of strange dreams. As an antidote to the weird, and it has been a weird few weeks, we get up and get out early into the fresh Pembrokeshire air.

The last stars are still visible in a dark blue sky when we load sleepy but definitely up for it dogs into the car and drive the ten minutes to Plumstone mountain, just the other side of the Landsker line, between Hayscastle and the sea.

It’s not cold. This long lingering autumn has been unusually warm and sunny. In the unruly hedgerows of my garden confused campion are flowering and the blue rose has bloomed. Expecting to be burnt by frost it bravely budded and then burst open in a heady rush of saturated scent. It has been a strange but welcome easy entry into winter.

At Plumstone, a gentle sweep of a hill overlooking the coast towards Newgale and inland to the heart of Pembrokeshire, the dawn is hesitating, drawing a ring of light around the horizon but hiding the details of the landscape.

The buried pumping machinery of a covered reservoir is rumbling away next to the small car park and amongst the peaty puddles a line of rusting manholes cut into the black soil bounce the bass around.

A short, wide track leads to the summit.

I walk ahead whilst Nick wrangles the dogs that are insistent on investigating every new scent.

The grass is crew cut at the summit. The rocky outcrop that crowns the hill is still dark but when I stand on the rounded remains of an old tumulus and look to the east the sky is on fire. 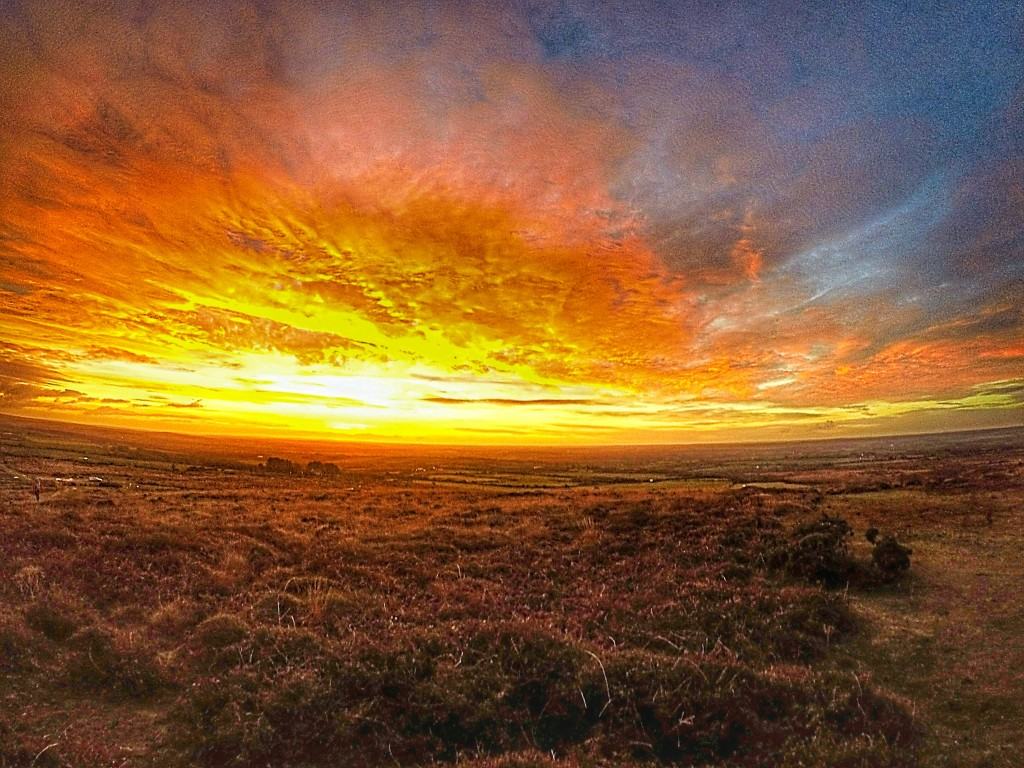 In Richard Fenton’s ‘Tour through Pembrokeshire’ (1811) Plumstone is described as three rocking stones and a cromlech “in the midst of this convulsed chaos.” The land must have been wilder then, either that or I have seen more convulsed geology in my travels. Still, Plumstone feels deep, all black peat ground, clear shallow pools and a perfect view point over coast, mountains and particularly the wide open moor.

From the jumble of pre-Cambrian rocks at the top, cold as ice ages, I watch the dawn slide across the moor below. Energised by the sunrise a small herd of wild ponies breaks into a canter, their shadows stretching out across the furze and heather. I wonder what ghosts ride them. 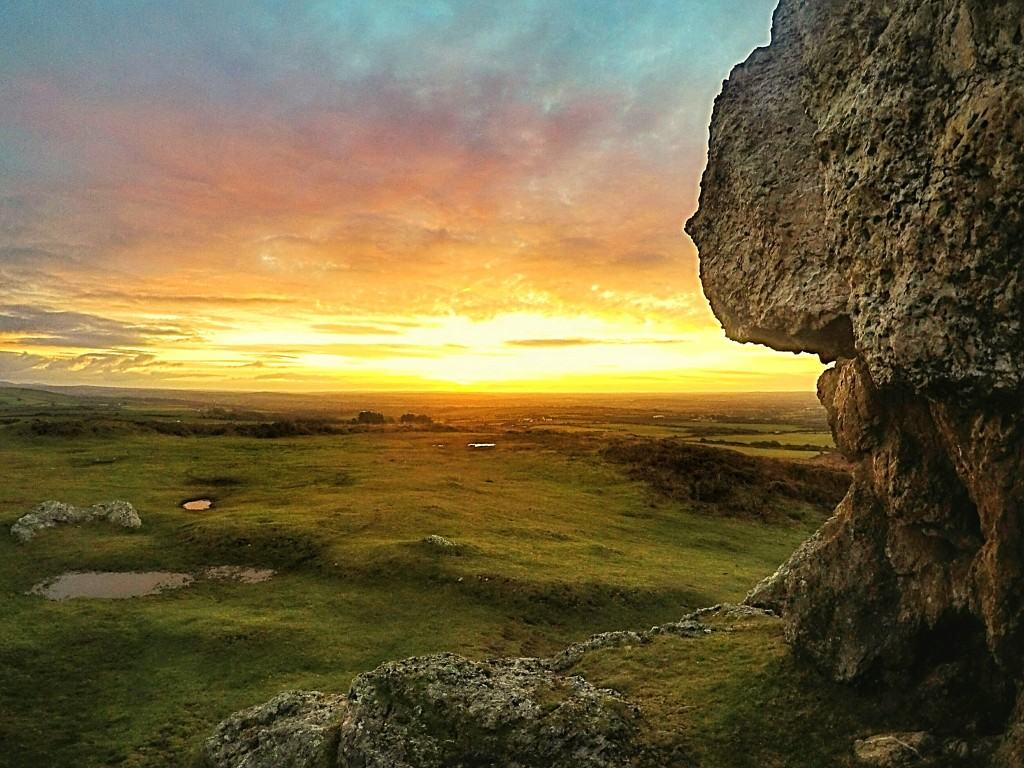 As Richard Fenton remarked, this is “the scene perhaps of many a bloody conflict; and from the numerous remains, undoubtedly of druidical superstition; here I say we must have expected to have found tumuli of every description, whether we consider them sepulchres of such as fell in battle, or of those whose rank and merits entitled them to the eminent distinction of such memorials in hallowed ground.”

He was ever in search of the mystical, Richard Fenton, fond of grubbing in cromlechs and casually desecrating graves. Born in St David’s, long time resident in London, buried in the pleasant valley of Manorowen near Fishguard he was a man who despite a strong sense of humour (he wrote an anonymous comedic work on his life as a barrister) searched for the connection to the ancient in the landscape. He writes about examining the cromlechs at Plumstone, ferreting in what he takes to be an old tomb, finding only cremated remains, ashes grown dank and damp from a long time drowned. 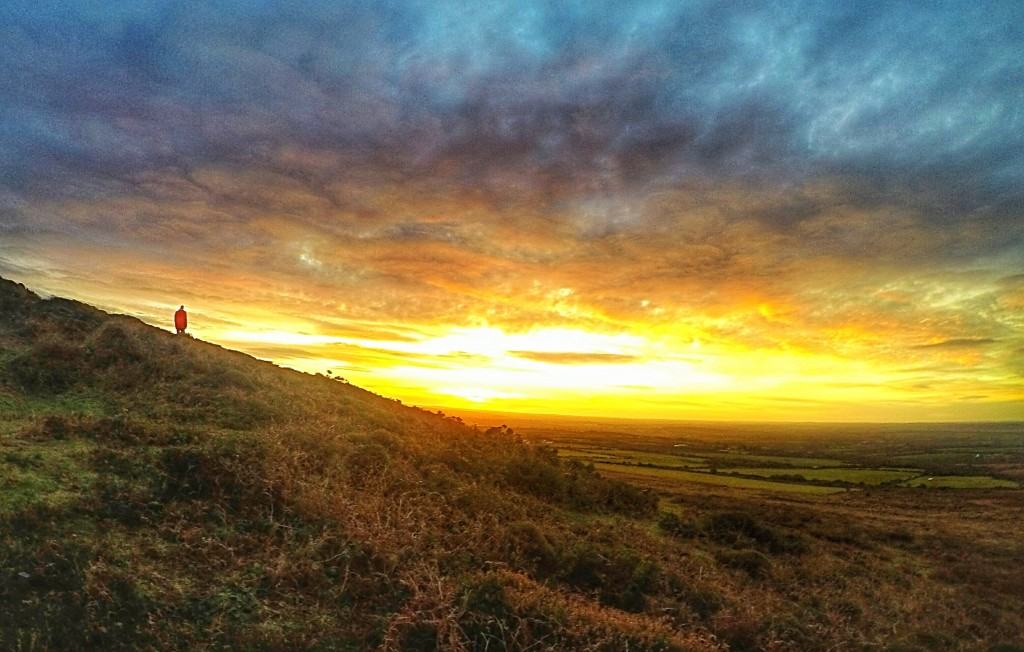 I watch the ponies disappear into the sunrise. The rocks I lean against are golden now and amongst the blue tone curves of the Preseli hills I can see the ridge of Foel Cwm Cerwyn, where, so they say, Arthur Pendragon’s men ranged in battle order against the Twrch, a magical boar, and lost their lives to be buried under the tooth sharp crags of Cerrigmarchogion. 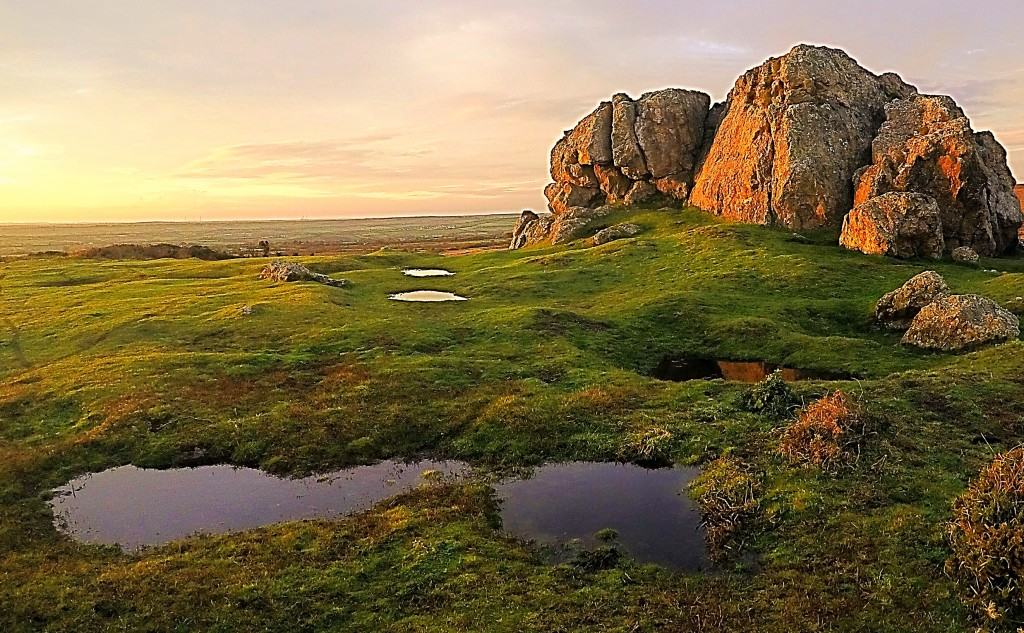 The legends reach out to touch the now. I remember that the old tales tell that Arthur came ashore near here – “We will run down the Twrch and his brood,” said Arthur grimly. “I will not waver until I have put to death the Twrch and honoured my promise to my kinsman Culhwch.” And he lost no time in pursuing the beast in his ship, Prydwen.

Does Prydwen ride at anchor at Porthclais this bright winter morning? Will Arthur’s men gallop across this moor on their hardy ponies? Is that the squeal of a pig I hear? And amongst the scent of cold wet grass and dew flick is that the hot fleck foam and stink of the Twrch passing in the dawn? 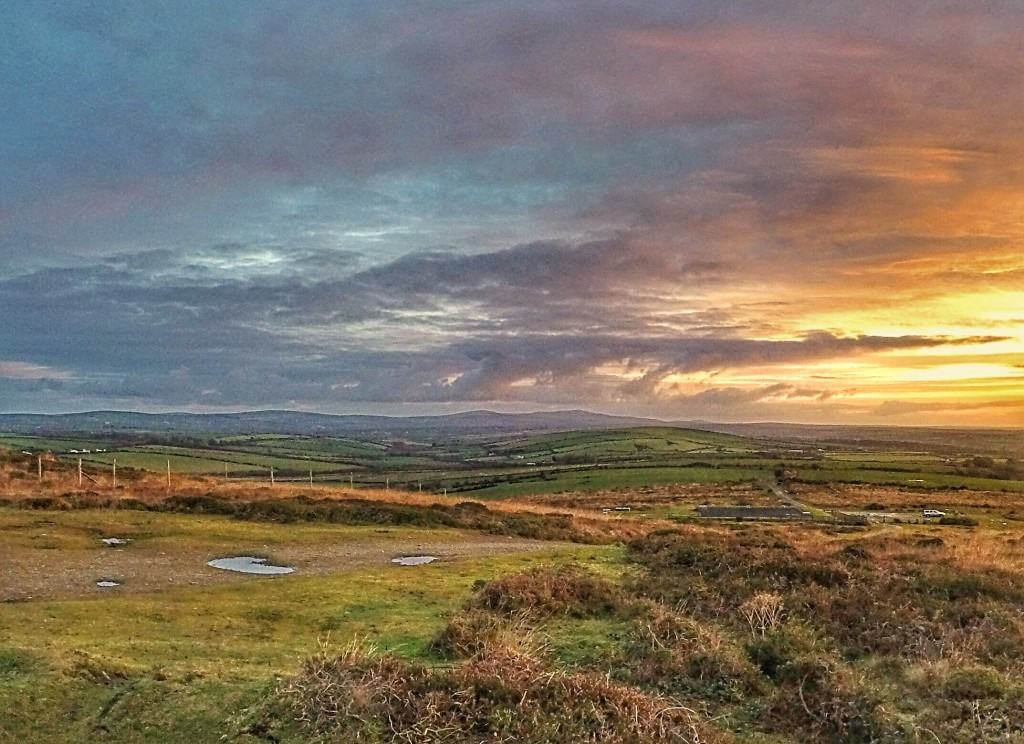 Hardly, but it easy to feel it, the vibration of the legends in the land.

I photograph the sunrise, the rocks and the pools, the long shadows and the tiny details the shifting spectrum of light draws out of scrub, thorn and winter dry stalks. Then we go home, to a warm house and a good breakfast and leave the ghosts heroically galloping endlessly across Plumstone moor towards the mountains and Richard Fenton watching on amidst the old stone burial markers.