Posted in Animals in Turkey, Living in Turkey 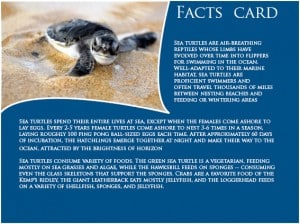 We used to have a home on an island in the Caribbean and here, between May and October, the great sea turtles would come ashore to nest. Both loggerhead and green turtles, many over 5 foot long, would haul themselves ashore, painfully slowly make their way up the shallow shelving beaches and laboriously dig nests in the sand before laying their eggs and then, exhausted, struggle back to the sea.

It was an amazing thing to watch. Shepherded by the watchful island wardens who kept them safe during this vulnerable time the turtles were massive and slow but relentless and the process was sometimes painful to watch as the effort required was so obviously exhausting for them.

After the turtles had laid their eggs and covered their nests and returned to the sea the wardens would mark some nests and retrieve the eggs from others, hedging their bets with nature, and hoping to increase the dwindling populations of sea turtles.

Those nests that were left were guarded and monitored and throughout the nesting and hatching season the hotels on the shore would turn off their lights to avoid confusing any hatchling sea turtles in their short but treacherous journey to the sea.

That was Mexico and this is Turkey and I thought the turtles were gone from this part of the coast and could only be found down around Dalyan but now the turtles have returned to the beaches here in Kusadasi. After a ten year hiatus a nest has been found down on the beach near Davutlar. It is cordoned off and guarded and there is hope that the species is truly returning to the area as if there is one nest there may be more, in fact there will certainly be more soon as every breeding female lays several nests of eggs during a season.

I’ve always had a very soft spot for turtles. I remember the nights we used to sit on the beach on Isla and watch them come ashore. Whole nights under a moonless sky with no sound but the grunt of the turtles and the hiss of falling sand as they slowly scooped out their nests. It was so mesmerising you couldn’t leave, you had to stay there and at least give moral support!

In 80 days those hatchlings down on Davutlar beach will burrow up out of their nests and head down the potential killing ground of the beach towards the breaking waves.

During that first short, perilous journey they will lose 20% of their bodyweight and once in the water they will swim as far away from land as possible and there they will stay, out in the deep, following the currents, feeding on the ocean streams before finally, maybe 20 years from now returning to nest near the beach where they hatched. This nest down on Davutlar’s hot sands is some daughter of Turkey coming home, her sisters may not be far behind her!

You can read a brief article about the nest find here – http://www.ntvmsnbc.com/id/25234064/ – it is in Turkish so you’ll have to translate it via Google.

If you want to learn more about loggerhead turtles in Turkey you could do a lot worse than read June Haimoff’s book (Kaptan June and the Dalyan Turtles) she’s been working to support the Dalyan turtles since 1984, and there is more about her work on her website here – http://www.kaptanjune.net/index.htm