It is two years since we left Turkey and there are days when the memories rise up thick and fast and I yearn to go back and do it all again. We were so lucky to live there at the time we did. It gifted us some beautiful bittersweet memories. 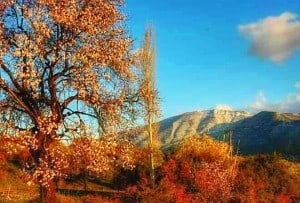 I remember Kirazli in the Spring, when the first of the cherry trees burst into blossom and the last of the snows on Gul Dag caught the pale pink of their blush and glowed too; in the sunset, in the dawn, in the waking warmth of a high speed spring after a hard fast winter of soba smoke and cold hands in the olive groves.

My neighbour would take the young goats in graze in the edges of the pine forests. Slowly she would meander along and the goats trailing behind her would stand on their back legs to reach the highest, sweetest, newest buds on the branches, hovering stilt legged and precarious. I saw a gold statue once of a goat doing the same thing, a gorgeous thing of black and shining metal on copper with lapis lazuli and shell. It’s in Phillidephia now, it was in the British Museum before that. But four thousand years ago it was made in Ur, far to the east of here, close to the root of here. Nothing has changed in four millenium, not really, certainly not for the goats. 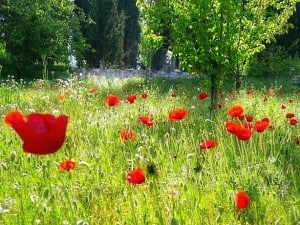 It’s poppy time in Kirazli right now. I know that, I can still feel it, across all the miles. They will be blooming in the disturbed soil of the verges and in the edges of the vineyards. Blood smudges of drenched red amongst the multiple shades of green.

In the cemetery at the village edge they grow on the graves, driving up through the pale dirt and crying their hearts out under the shade of the yew trees. They were blooming like that the day returned to Kirazli after my husband’s funeral, eight long years ago. I think I should have buried him there, and let the poppies bless him every spring.

He took this photo, his last spring in Kirazli. I just make it more vivid with new software. He would have liked that; the instant results from apps on tablets, the software revolution we sit in the midst of. Thanks to him I notice how marvellous these things are, how they make fresh and enticing the old memories, rewrite them again and make them new. 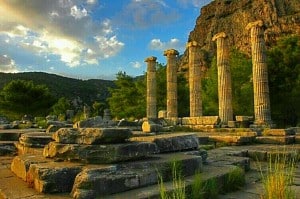 In the blessed bright days of winter we would explore. Before the crowds of summer and the tour groups playing follow my leader through ancient thoroughfares we would have the most beautiful sites to ourselves.

Priene was a favourite. Sitting above the flat plain of the Mendares delta it is bijou and beautiful. There is a sense of idealism about it, its history is one of wonderful ideas, and it is laid out in convenient, classic style. Up tight against the flanks of the mountain it is a joy to photograph and its pine fringes and long views give it a romantic appeal; one senses Apollo is loitering nearby, ready to seduce some comely nymph and just out of sight Artemis is having a refreshing bath with her maidens in a secret pool. 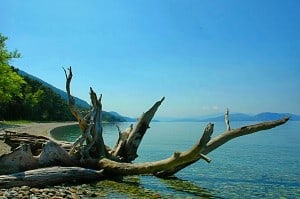 There is a sadness now in the seas between Turkey and Greece. When we lived there they were a playground and summer was all dreamy cruises along the sunlit coasts where rare lillies grew in the sands and on the way home, laved by sun and lightly salted by a day in the sea, there was the hope of dolphins in the sunset.

The quiet beaches we loved so much have been made silent in a sorrowing way. Before they were peaceful now they have been marked with death and the sad crisis of the refugees has made the Aegean again a sea of bodies as it has not been for millennia.

This too shall pass, this too must pass and the cliffs and the coves and the opal waters will not be threaded with fear and despair. Let this pass. 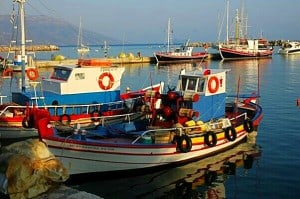 We took our holidays on Samos, nipping across the strait between Turkey and Greece thanks to the blithe insouciance of our British passports. Fancy a few days away, okay lets go, no visa hassles or bureaucratic blocking for us!

We would pick up a car in Vathi and drive the smooth freshly tarmacked island roads, marvelling at them compared to our pot holed tracks in Turkey. Back then the Euro funds were flowing in and tiny islands had beautiful roads from end to end.

We saw Greece change over the years. We saw when the infrastructure started to fail; you could telephone Athens but not make a call to your neighbour. We saw the ferry schedules slashed and the supermarkets get less well stocked and the businesses close. But for all that Greece remained beautiful and the islands were picture postcard perfect and the days when we would explore ancient churches on remote headlands and paddle in the waters where Pythagoras bathed are happy memories. 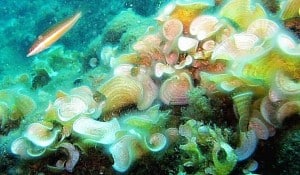 I remember the perfect diving days. I remember the moment I took this photo. It was a day in late summer, diving with my friends at Active Blue. The last of the tourists were clumping the beaches in their little groups, the sunbeds were more empty than full and we were doing a cavern dive so it was a Tuesday.

Not being a huge fan of caverns I asked Emin if I could stay outside the cave mouth; I wanted to photograph some bristle worms – not glamorous, actually vicious little predators, slow moving and downright painful if their bristles get into your skin but vivid in colour and extravagent in costume, like a centipede going to Mardi Gras.

Emin agreed and after the descent from the dive boat he led the group into the narrow slit of the cavern and I hovered outside with the high walls rising above me, straight to the surface. The sharp rock faces were patched with Coralline algae in shades of purple and rust. The Corallines are encrusting species of calcareous algae; they cover rock in a hard skin a few millimetres thick. Bristle worms climbed amongst the coloured rocks and clung to the surface, looking like gummy worms from the pic n’ mix, all juicy colours and long fat bodies.

After photographing the worms I retreated to the tumble of rocks outside the cave entrance and waited patiently.

I breathed easily, ten metres down, nicely level in the water, rising and falling gradually as my buoyancy fluctuated with the air in my lungs. Above me the surface was dark blue, shaded from the hot autumn sun by the high cliffs at Adukale whilst below me the rocks glowed pearl with the extravagant frills of Funnel weed (Padina gymnospora). Delicate curls, like pencil shavings clustered together into pastel bouquets this delicate algae is found in shallow waters growing on dead coral heads and in patches on reefs. Also known as Curly Algae and Fan Algae it has a chalky appearance due to the presence of calcium carbonate on the upper surfaces.

I remember breathing out, slowly sinking down in the water as my lungs emptied, falling towards the garden on the rocks. I could see every ring growth in the weed, the delicate bands of time. The funnels swayed in the current and I was entranced by their dance, their wide open welcoming curls and I knew I could float there until my air ran out, just fascinated by the feel of their life in the sea.

I hovered, relaxed, with the clicks and tweets of the sea around me and the slow tickle of my bubbles against my face. That was a good day, there were so many good days there, under the sea, sometimes I wonder what kind of idiot I was to leave!