This is our winter deep. The dark time before the turn of the tide, when despite our warm homes and insulated lives we feel the old times, when the fear was real and the battle with the cold was daily fought. 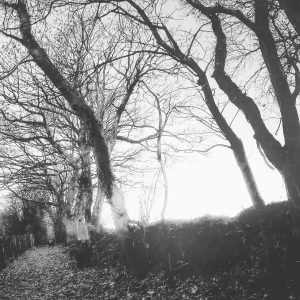 These are our nights of shiversome stories told by firelight flicker, before we creep away to hide in bed and bar the fear with feather soft quilt and a warm layer of milky chocolate to calm our nervous guts.

The year draws on, the wild hunt rides the old roads that run beside us and the unseen doors open to allow the otherworld to draw close.

I hear my old uncle, thin as whittled bone then, long dead and gone now, mutter in the December cold as he hunches against the gale from the east and hurries home from evening mass, “When the winter winds blow and the Yule fires are lit, it is best to be indoors.”

Those who find themselves about during the December nights, on narrow lanes that pass through skeleton groves, listen hard, thinking they hear something moving in the margins. Is it the wind that causes the creak and grind of the topmost branches? What foot cracks the fallen branch with icy snap? Whose breath, cold and wet and white, condenses in the copse? Those who walk the winter ways, they had best know that they are good men because the Wild Hunt is riding and it will hound bad men to the ends of the earth.

The Wild Hunt rides through folklore all across the northern hemisphere, in lands where the night is long and deadly cold. From Scandinavia to southern Spain, from Germany to Italy, by different names it thunders across the winter landscapes of our fears. The Cortejo de Gente de Muerte (“deadly retinue”) rides in Extremadura, in France it is Mesnée d’Hellequin. Down in Cornwall the Devil’s Dandy Dogs make up the hunt and here in Wales, the leader of the Wild Hunt is Gwynn ap Nudd.

“Lord of the Dead“, Gwynn ap Nudd, dark of face, who holds back all the devils in hell with his pack of white hounds with blood-red ears, the Cŵn Annwn. The Welsh name for the Otherworld is Annwn, it is “The Court of Carousal” or “The Court of Intoxication”, “Castle-on-High”, or “Caer Vandwy”. We Welsh have a hundred names for the other side of here because it feels so close.

The 14th century bard, Dafydd ap Gwilym writes of Gwynn in a number of his works, suggesting that the character was well known and understood in Wales during the Middle Ages. In Y Dylluan, he describes the owl as the “fowl of Gwyn ap Nudd”, and in Y Niwl, he calls Gwynn the “trickster of men with his dark face” and his talaith (family or tribe) are called the talaith y gwynt, “the nation of the wind.”

Part pagan, with just a nod to Christian, our old tales twist in the telling down the centuries. In the fourteenth century those careful to cover their bases would invoke Gwynn’s name before entering wooded areas, proclaiming: “to the king of Spirits, and to his queen–Gwyn ap Nudd, you who are yonder in the forest, for love of your mate, permit us to enter your dwelling.”

He is a strange figure in folklore, Gwyn, like many gods and demi gods associated with the otherworld, be it fairy or afterlife, his character is dimorphic. He has honour but is terrible in anger, wreaks havoc for revenge and fights for forbidden love. He guides the souls of fallen warriors to a heaven of apple trees and heather beer and yet he torments the living with his phantasmagorical hunt.

The Wild Hunt is likely a construct used by early Christianity to keep the easily swayed from slip sliding back into pagan ways. It is an old old story from the turning of the year, when the wild geese migrating overhead sounded like hounds baying beyond the clouds. It has been spun into a threat to keep the pious at the home heart and to godly ways during the traditional Yuletide celebrations. It taps into ancient fears passed down in the blood and it rises in those winter nights when our mortality is all too apparent.

Those who are routinely abroad in these winter nights must be strong of spirit, sure of their goodness or used to the fear, a familiar companion. As an old railway man I used to know would say, before he made his way along the dark iron tracks to his lonely signal box, “I’ve been living in the woods too long to be frightened of the owls.”

This is our Yule. We feel the year turn. Orion bestrides the night sky and Sirius, the dog star, gleams in the midnight blue and amongst the frost rimed leaf litter Gwyn ap Nudd, leader of the Wild Hunt, holds his horse in check and waits to lets his hounds catch the scent. 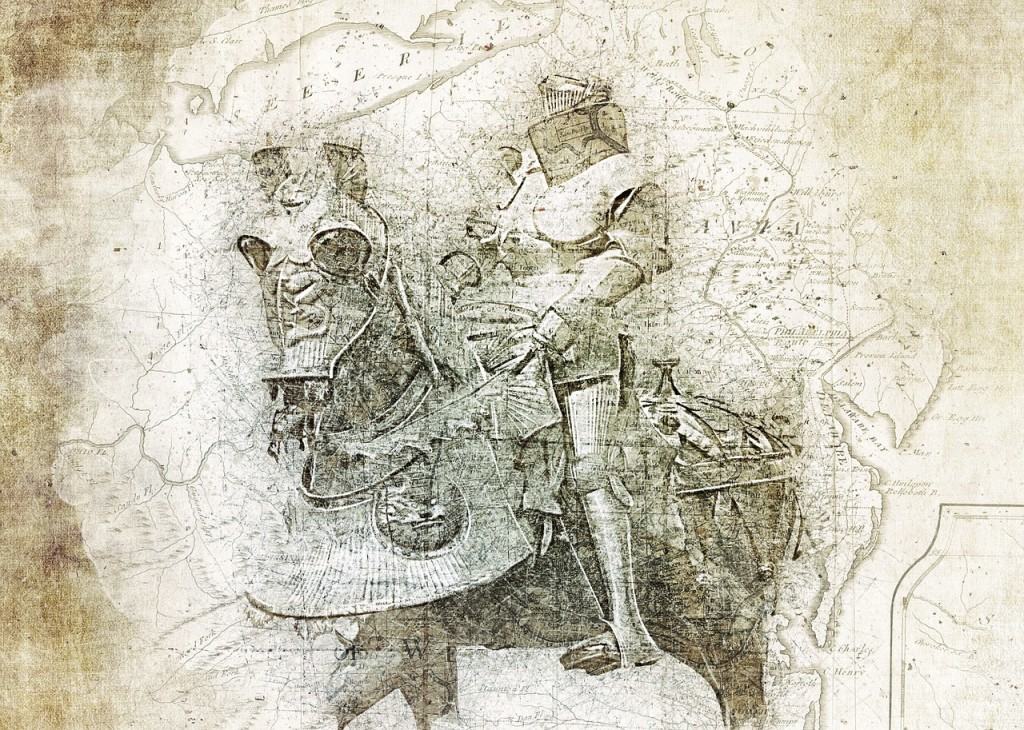